'Community driven building that is also a POKESTOP with a lot of perks.'

New Yorkers know that finding the rental of one’s dreams is practically impossible. But at least now thanks to the Pokémon Go craze, brokers and people subletting their apartments are advertising with very important Pokémon information.

Andre Savocchi of Manhattan Realty Group is one of the ingenious brokers who has started marketing his listings with the power of Pokémon. 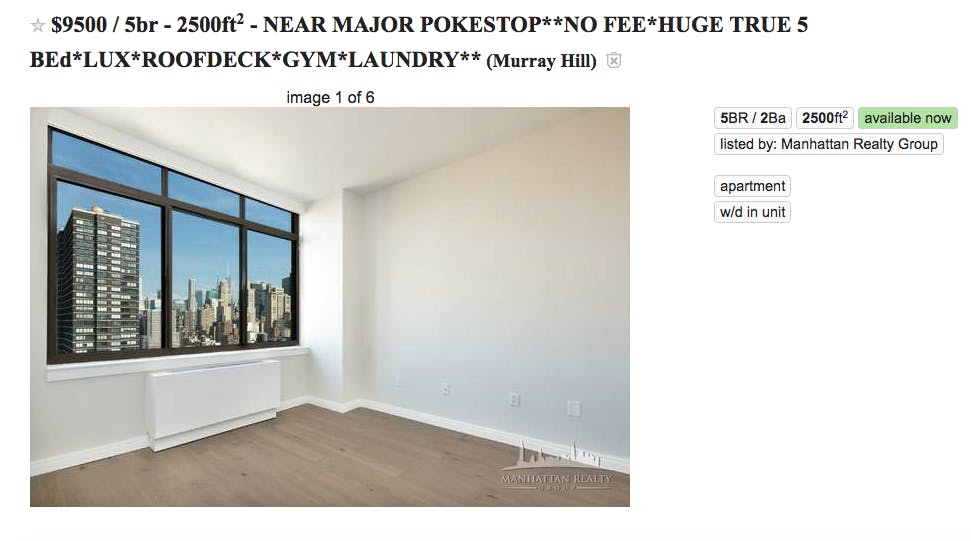 “I did it as a gag to grab people’s attention, to stand out and be different,” he told the Daily Dot. “I’m glad I’ve gotten a positive response to it.”

The novelty is definitely attention-grabbing, especially considering that “NEAR MAJOR POKESTOP” is one of the very first descriptors for his listings. Instead of simply burying it in the body of their Craigslist ad, some people are leading with this detail in the title.

At first, Savocchi’s coworkers thought his marketing ploy was nuts. But it’s paid off, from people hitting him up and laughing about the fact that he mentioned PokéStop in the listings to the more serious players explaining that they want be within walking distance of several stops or find a unit where you could actually activate the stop.

“I had somebody not take an apartment because they could only get to the PokéStop from the lobby, and that was a deal breaker, surprisingly,” he said. 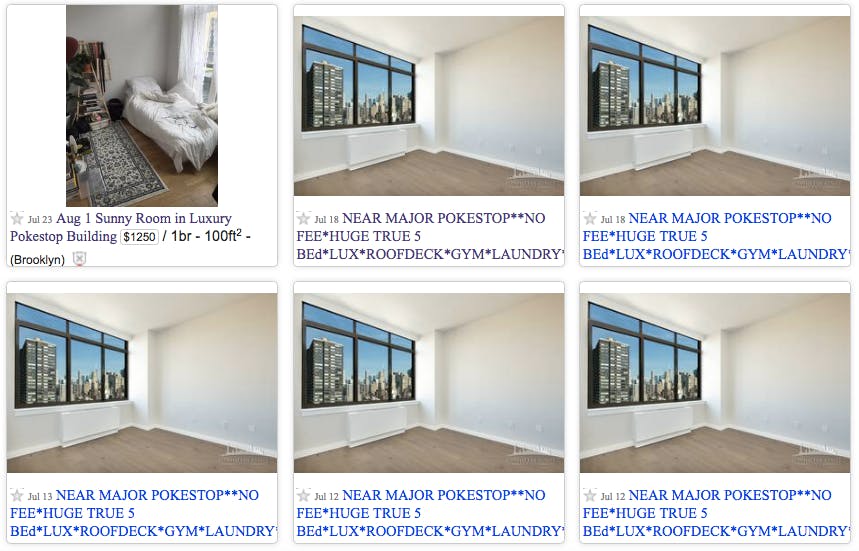 The advertising works especially well since Savocchi and Manhattan Realty Group typically serve a younger clientele. He gets a lot of recent graduates responding to his Craigslist ads—one of the age cohorts obsessed with Pokémon Go right now.

As for actual Pokémon hunting, the broker has noticed that New York City’s Murray Hill neighborhood is filled with Weedles and Rattatas—some of the less lucrative captures. You’ll need to go closer to Central Park to find rarer Pokémon like the iconic starters. And, of course, rent prices also tend to go up the closer you get to the park. You’ll probably be paying a high price to live on top of a Bulbasaur nest.

But Savocchi has caught some pretty cool Pokémon in his own listings, including a Jynx and Tangela. 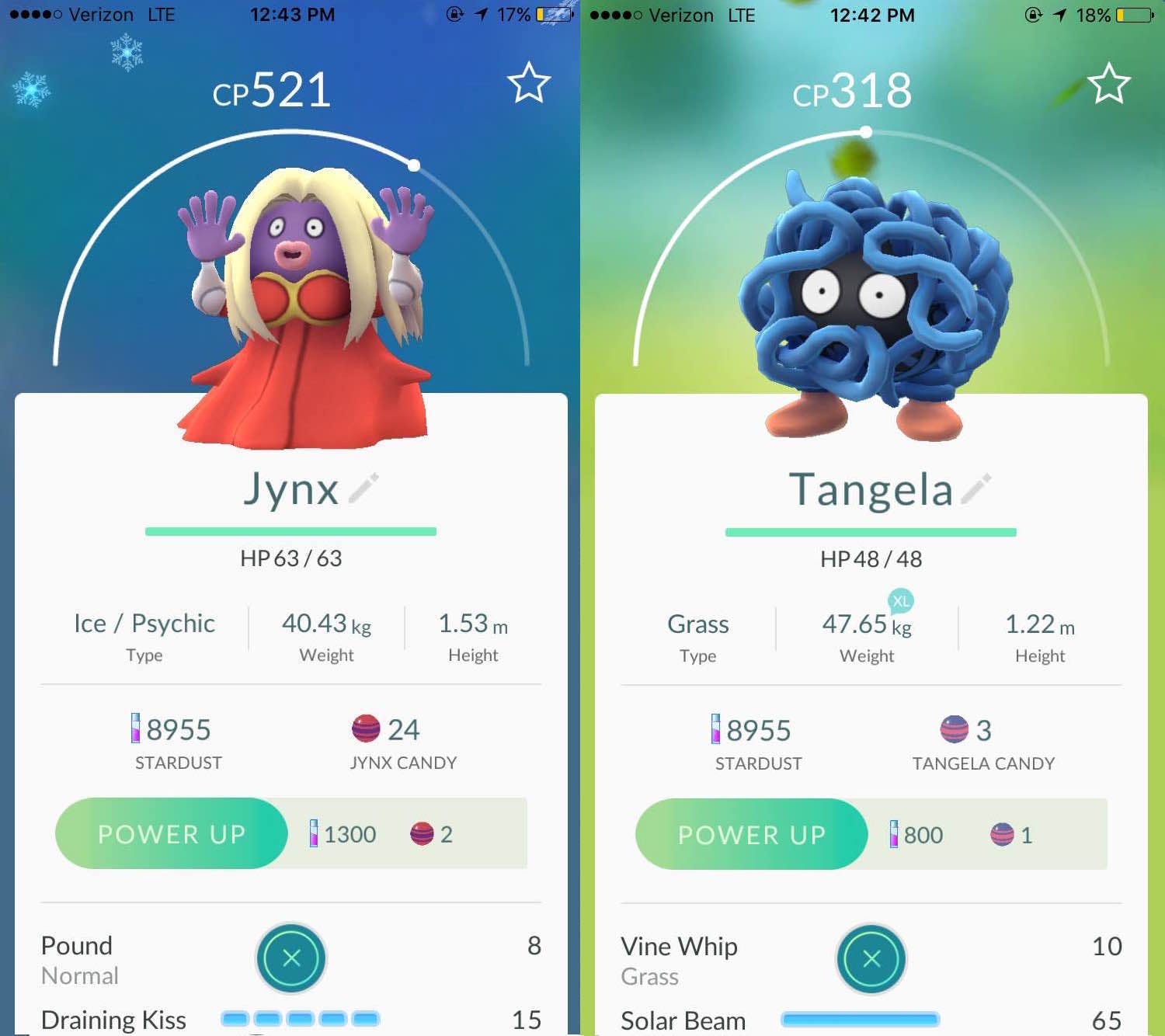 The broker isn’t the only one using Pokémon Go to lure potential tenants. A flurry of other people subletting their apartments have used the proximity to PokéStops as a selling point.

The studio is spacious for NYC standards (~400sqft) with a huge walk in closet and plenty of storage. The location is amazing and there are lots of restaurants and bars nearby. It’s right next to the United Nations and about 7 mins walk to Grand Central. The building has a 24/7 doorman (for all the packages you’ll ever order), laundry, and an elevator. I’m looking for a minimum 3 months sublease, with a preference for 7 months. 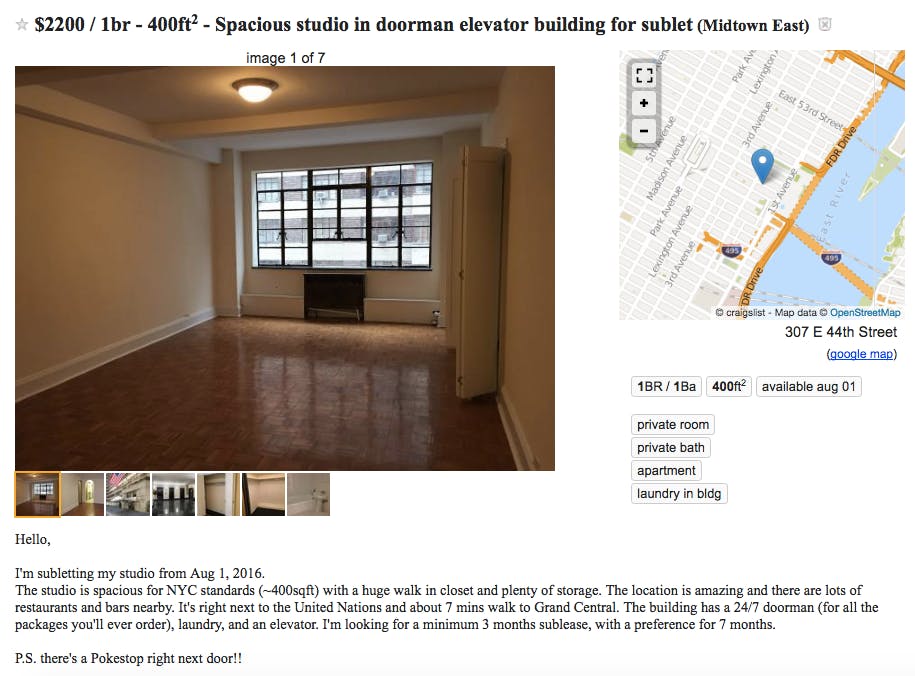 Brooklyn resident Carly Pifer was having trouble renting out the extra room in her apartment. She hadn’t been playing Pokémon Go, but the guys who work at the café she frequents have been totally obsessed. They let her know that her building was a PokéStop, so she figured that she might as well try using that perk as a way to hook somebody into the sublet.

“I had been trying to rent the room pretty unsuccessfully,” she told the Daily Dot. “I was like, what can I do to make this more desirable, and I thought it was kind of funny too.”

She crafted her Craigslist posting with the title “Aug 1 Sunny Room in Luxury Pokestop Building.” And in the actual listing she touted all the amenities, writing, “Community driven building that is also a POKESTOP with a lot of perks: doorman, gym, laundry, game room, movie room, huge roof with bbq’s and an amazing view of the city, courtyard, good vibes.”

Obviously, a doorman and Dodrios go hand-in-hand as apartment comforts.

Pifer ended up getting a bunch of responses and somebody to take the room. But none of the people who expressed interest in the room brought up the PokéStop.

“It could be that they’re embarrassed, but you’d think that they’d want to connect on that level,” she said.

And New York City’s real estate market isn’t alone in advertising proximity to PokéStops. Boston, Los Angeles, Houston, and other cities have Craigslist ads mentioning the advantage of a stop you can check into from the comfort of your bedroom.

Craigslist has seen an array of other Pokémon-related ads, with people selling high-leveled accounts and seeking Poké Ball-stimulating hook ups. And it seems like everybody wants a piece of this PokéPie, with pad-searching site Renthop creating a map of New York City Pokémon gyms and Yelp now letting users filter restaurants by whether or not they’re PokéStops.

So now the real question when looking for your next apartment is: What’s more important, washer and dryer in-unit… or a PokéStop?