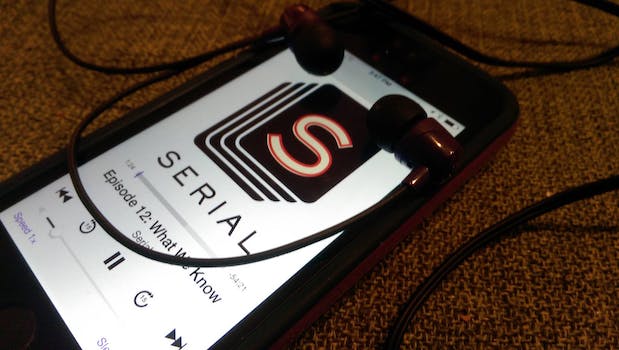 Podcasts have yet to reach their peak—here’s why

There's a purpose behind the podcast.

It’s been more than a decade since Apple launched iTunes version 4.9. Given that iTunes gets an update fairly regularly, version 4.9 may not seem all that important, but it really was.

Why? Well, that was the first version of iTunes that supported podcasts, and with that was the first really broad adoption of the medium. Cut to 11 years later and Google has finally announced that podcasts will be available on Google Play Music, complete with a fancy recommendation engine and all. Better late than never, right?

“People love podcasts. In fact, these days, there are so many podcasts to choose from, it can be hard to pick which one to listen to at any given time,” said Google on their official Android blog when the service was announced.

Google is very much right about that, and their new service will likely help out users who have already adopted the medium, but even though most major media outlets and media delivery services have wholly embraced podcasting at this point, the medium has yet to reach its max potential. Not by a long shot.

Podcasts have insane potential, but the issue boils down to ease of access.

Podcasts have seen growth every year since they were created, with nearly 20 percent of people above the age of 12 having listened to a podcast in the last month as of 2015, according to Edison Research, which has conducted a ton of studies on podcast listenership. But there has yet to be a real “boom” on the listener side of things, even though the creator side of things has absolutely exploded due to the ease of creation and very few barriers for creators to be able to release content. As it stands, the number of people who truly consume podcasts on a regular basis is still a relatively small number and many of those people are tech savvy or wealthy, also according to Edison Research.

Podcasts have insane potential, but the issue boils down to ease of access. With more than 250,000 different shows available on iTunes alone, the sheer volume of options and very user-specific content that’s available makes it seem a little surprising that more people don’t take advantage of it. However, unless you are a very savvy smartphone user, podcasts aren’t quite as easy to obtain or navigate for the middle-of-the-road consumer.

As it stands, podcasts have to be obtained in a very “on purpose” sort of way. An app must be downloaded to manage them, the shows must be discovered and listened to with total intention, which can be very tricky and daunting with the sheer amount of shows available. And since the most popular places to get podcasts are niche or subscription services like Spotify or SoundCloud, very middle-of-the-road consumers aren’t even going to have them on their radar.

Let’s take a look at something like Netflix as a basis for comparison. Streaming video has become the new standard and is heavily cutting into traditional TV ratings and even box office sales. The reasons that Netflix and streaming on the whole has been able to succeed on a massive scale is the ease of access. No matter what level of tech savvy you are, there is a very easy way to watch Netflix in your home at this point, be it on your Smart TV, your iPad, your Roku box or anything in between. It has become just as easy as popping in a DVD or watching something on cable.

Getting into podcasts, on the other hand, is still a bit more arduous. It has not yet been totally streamlined, and that is why podcasting has not yet peaked.

Also, Netflix has the added bonus of featuring shows and movies that people are already very aware of, whereas podcasts, for the most part, are unknown titles. But the podcast experience is so customizable that when people do get into it, they have a tendency to really dig their feet in and make it a regular part of their media consumption habits.

Progress on the ease of access to consumers has been slow.

However, if there is one universal truth, it is that people just want good content and if the content has mass appeal and is of a certain quality, people will find it. That is where Serial comes in. Back in 2014, the podcast Serial became a full-on mainstream phenomenon and was the fastest show to ever reach 5 million downloads on iTunes.

People heard about it—and they found it. It proved that podcasts don’t just have to be a relatively niche medium. They can be a massive pillar in the new generation of media consumption.

Now, imagine if you will, if Serial had been as easy to listen to as turning on the radio in your car or turning on your TV to watch HBO GO. It wouldn’t be impossible to imagine the show getting to Game of Thrones levels of feverish consumption. But we are not there yet, and progress on the ease of access to consumers has been slow.

Many creators like comedian Adam Carolla and Nerdist founder Chris Hardwick are making a living and forging a career via podcasting and many companies like NPR have truly adopted the medium and made the experience for their audience a great one. Though, NPR oddly won’t allow on-air promotion of their in-house podcasts, which is really just old media refusing to accept new media. What needs to happen now is for listening to a podcast that is suited to one’s personal interests to become as easy as turning on the radio or watching Netflix’s House of Cards. When that happens, it will truly be a media revolution.