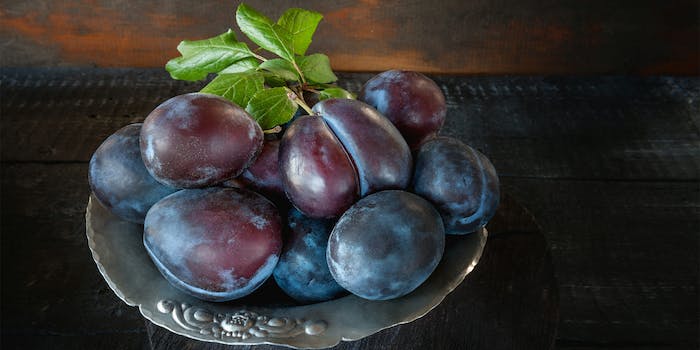 We needed this truly earnest meme.

William Carlos Williams’ famous poem about eating someone else’s plums, This Is Just To Say, became a popular meme in the last year. People replaced the word plums with other nouns, such as Doritos, Soylent Bars, and Xanax. Now, people are inserting the lines of This Is Just To Say into song lyrics. It’s a meme that evolved from another meme!

How about some plums with a little bit of Mambo Number 5 on the side?

Weezer’s Say It Ain’t So already features the word ‘icebox,’ so the song was a perfect fit for this meme.

The version of Backstreet Boys’ I Want It That Way sounds like a great karaoke song.

This one is pretty Smooth.

Man, it's a cold one
Like seven inches from the icebox plums

How about some Vanilla Ice plums?

Yo, forgive me, let’s kick it!
Ice box baby
Ice box baby
All right stop
Collaborate I have eaten
All the plums that had been in the ice box
They were so cold, sweet, and delicious
You were probably saving them for breakfast

Hey, someone even threw The Beatles a bone!

And some people are referencing the meme in the meme.

This is Just to Say

which you have
probably
already
seen

William Carlos Williams would be proud. We think.