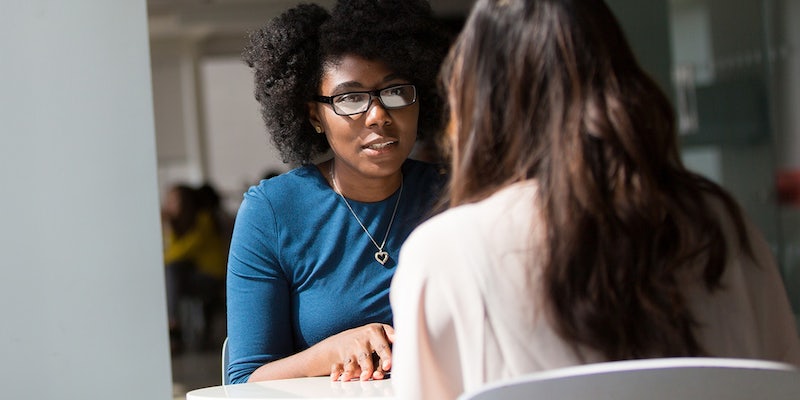 If the hackers succeed, low-income women will be forced to pay a price they can’t afford.

Whenever there are calls to restrict abortion and defund Planned Parenthood, Democrats fight back by drawing attention to the “war on women.” It happened after the 2010 midterms when the GOP began passing abortion restrictions at an unprecedented rate, and it’s happening again. Now, the Center for Medical Progress (CMP) continues its viral video smear campaign against Planned Parenthood, alleging that the women’s health organization is selling fetal tissue for a profit.

There is indeed a war on women, and the current attack on Planned Parenthood’s practice of fetal tissue donation is the latest battleground. But the War on Women has always been, first and foremost, a war on low-income women.

At least a dozen states have already launched investigations into Planned Parenthood affiliates, many of them conservative states hoping to defund the organization altogether. In the Senate, Republicans—led by Rand Paul (R-Ky.) are hoping to force a vote to defund the organization altogether before the end of the legislative session, even though Planned Parenthood is already prohibited from using federal funding on abortion services.

But the effects of these attacks will not be felt equally by all women: Low-income women will bear the brunt of GOP attacks on reproductive rights, as they always have. They already face significant financial barriers in accessing women’s health services, and the legislative restrictions being sought out by Republican leaders makes matters even worse.

At least a dozen states have already launched investigations into Planned Parenthood affiliates, many of them conservative states hoping to defund the organization altogether.

In fact, the GOP’s attack on women’s reproductive rights starts from the moment of conception. Attacking Planned Parenthood also means targeting vital reproductive services for a population that already manages unintended pregnancies at a disproportionately high rate. According to a publication from the Brookings Institution, low-income women are more than five times as likely as their wealthier counterparts to experience an unintended pregnancy, even though their sexual activity rates are about the same.

In a painful twist of irony, however, the higher rates of unintended pregnancy are exacerbated by the lack of access to affordable contraceptives—a situation fueled by the GOP’s defense of the Supreme Court’s Hobby Lobby ruling, which allowed employers to exclude contraceptive coverage on religious grounds. Because many conservative employers and pharmacists can refuse access to contraceptives on the basis of religious freedom, publicly funded women’s clinics like Planned Parenthood help bridge the gap to affordability.

Unlike the white and blue-collar women who have the luxury of receiving private treatment for their reproductive health, low-income women are forced to rely on underfunded public clinics that are often few and far between. Of the 38 million women who were in need of contraceptive care in 2013, 20 million required publicly-funded services and supplies because they either had an income 250 percent below the federal poverty level—or they were teenagers.

The National Women’s Law Center has also received reports of pharmacies refusing to fill birth control prescriptions or to provide emergency contraception in 25 states. So even if a woman is able to afford a doctor’s visit to obtain a contraceptive prescription, it’s possible that she might find that prescription refused by her local pharmacist.

Given this chain reaction, it’s not surprising that if you cut low-income women off from contraception, they will end up needing the services of Planned Parenthood and other women’s health clinics the most.

Even if a woman is able to afford a doctor’s visit to obtain a contraceptive prescription, it’s possible that she might find that prescription refused by her local pharmacist.

Then there’s the cost of abortion itself.

For low-income women who often have to rely on government health care, covering the cost of an abortion often isn’t a possibility. NARAL reports that 34 states and the District of Columbia have policies in place that restrict low-income women’s access to abortion—except in cases of life endangerment, rape, or incest. Even without restrictions, the average cost of an abortion is between $451 and $483, depending on how far along the pregnancy is—an amount that may not seem like much but is nonetheless out of reach for many women.

With low-income women’s access to proper reproductive health-care already tenuous at best, any attack on that healthcare—whether it’s an abortion ban or one of the recent hacks of Planned Parenthood’s website—is immediately felt along class lines.

But bans like the one Walker just signed affect low-income women more than they do middle- to upper-class women. A 2013 study from the Guttmacher Institute found that recipients of later abortions often experience difficulty finding abortion providers and covering the costs of the procedure and travel expenses. The study concludes that bans like Walker’s have an acute and disproportionate impact on young women and women with fewer financial resources.

That same study also found that 18 to 37 percent of women on Medicaid, who would otherwise undergo an abortion, are forced into giving birth because of a lack of funding. Dig back further and you’ll find even more horrifying examples of GOP attacks on abortion making life difficult for low-income women.

The average cost of an abortion is between $451 and $483, an amount that may not seem like much but is nonetheless out of reach for many women.

When Oklahoma cut off federal funding for Planned Parenthood in 2012, for example, some low-income women lost their primary provider of food vouchers through the Women, Infants, and Children (WIC) program. And this June, as Salon reports, Texas Governor Greg Abbott signed a proposal that forced Planned Parenthood out of the state’s Breast and Cervical Cancer Services program, which served uninsured and low-income women.

If the CMP’s campaign against Planned Parenthood and other abortion providers sparks legislation, low-income women who rely on these organizations’ services will certainly suffer the most.

Donating fetal tissue a completely legal and standard medical practice, but the reactionary controversy around the issue has made abortion a difficult political point for Democrats to discuss and defend. The timing of CMP’s sting campaign is anything but convenient and certainly not coincidental, as 2016 Republican candidates gun for even more restrictive abortion regulations. If they succeed, low-income women will be forced to pay a price they can’t afford.

Corey Burke is an alumna of CUNY City College and works in reproductive justice in Atlanta. She spends her spare moments watching cute YouTube videos of whippets. You can tweet her @CoreyBurke.