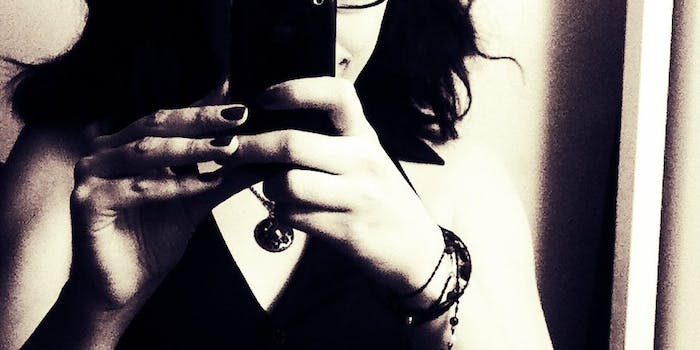 Four thousand people attended Summer BronyCon, a three-day event in late June celebrating every aspect of My Little Pony: Friendship Is Magic. And more than a quarter of the attendees bought a button or a print from Pixelkitties.

For the duration of the conference in New Jersey, the 28-year-old artist’s booth was permanently mobbed. Fans searched through the crowd for her black curls beneath a banner emblazoned with her work and this pony-centric Sex Pistols pun: “Never mind the parasprites, here’s Pixelkitties!” 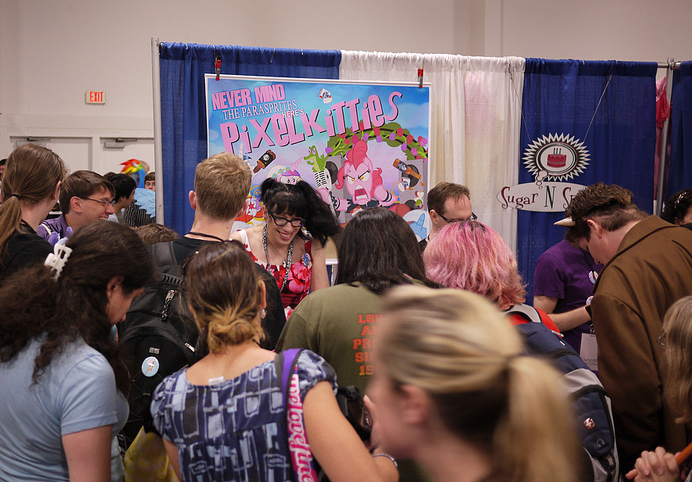 “We brought 700 prints and sold out within hours, made more prints, and sold out again,” she told the Daily Dot. “People came with money in hand. It was great and kind of humbling.”

To hear the artist put it, she’s “just a fanartist.” Known to friends and family as Monica (last name withheld for privacy), Pixelkitties is a Pittsburgh-based game design art director who works a nine-to-five job and draws ponies in her free time—usually late into the night.

To her ardent fans, however, she’s just as worthy of attention as My Little Pony’s professional artists and writers. Though many of brony fandom’s marquee names attended BronyCon, some still called Pixelkitties the main attraction.

“[P]robably the biggest highlight of my first convention experience ever was getting to get a hug from you!” Rhodarein wrote on her DeviantArt blog.

“It’s weird to me that people wanted my autograph,” Monica said. “The whole thing surprises me. I’m really just a fan; I just like the show.

“Even when I first started, my entire reason for creating content was that I liked it so much I just wanted to express it.”

If you’re a brony or brony-curious, you’ve probably already seen Pixelkitties’ work. She’s the community’s preferred illustrator. She’s drawn everything from several banners for news blog Equestria Daily to the IndieGoGo contributor prize for the Brony Thank You Project. She’s also responsible for the rallying banner of the #savederpy campaign. And when a disgruntled brony created a pony sex toy last month, she reclaimed the controversy with humor.

Her shtick? Making hyperrealistic pony comics which, if not for their absurd pop culture juxtapositions, could be mistaken for screencaps from the show. 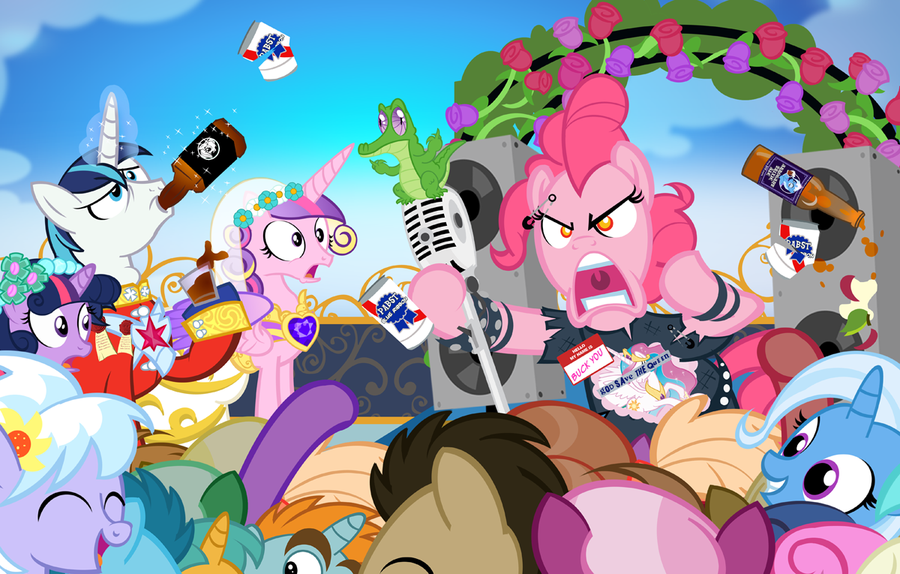 “You can take My Little Pony and something else completely unrelated, mix the two together, and get something totally different. That’s where the humor comes from. I’m not sure if mixing genres and fandoms would be so funny if it didn’t look so accurate.”

Monica warned that aping the pros’ pony style doesn’t come easy. She creates all her art with a regular computer mouse and Photoshop, building characters up from basic shapes.

“It’s terrible, nobody should make art this way,” she said. “I stumbled into it and by the time I realized it was so complex, I had already gotten set in my ways.”

In fact, to make one of her pop culture-inspired comics can take two to three days. A poster with more characters, like the Brony Thank You Project print, took a week.

“It gets tough,” she said. “I end up working a lot of late nights on my silly pony hobby and not getting enough sleep. I work until 1 to 2 AM in the morning, get up and do regular work, and then come home and get right back at it.”

While Monica said she would love to create art full time, the opportunity hasn’t come along yet. Making a career out of brony fandom isn’t the point, though.

Brony fandom is the first fandom Monica’s ever identified with, and she’s just glad to be part of the community.

“I’m in brilliant company,” she said. “There’s so much talent across the board, from art to video to animation to music. I’m a fan of so many other people, I don’t feel it’s a competition. We’re a family of people working together, expressing our love for this wonderful thing we’ve discovered.” 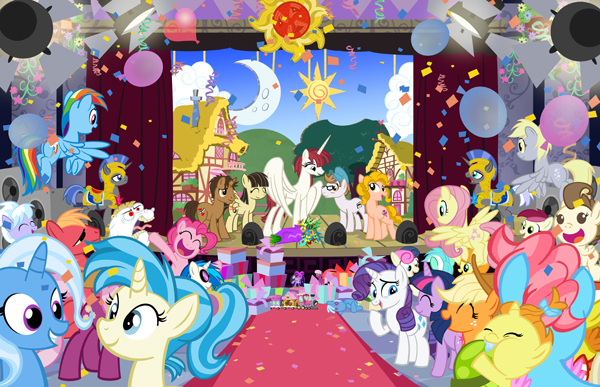