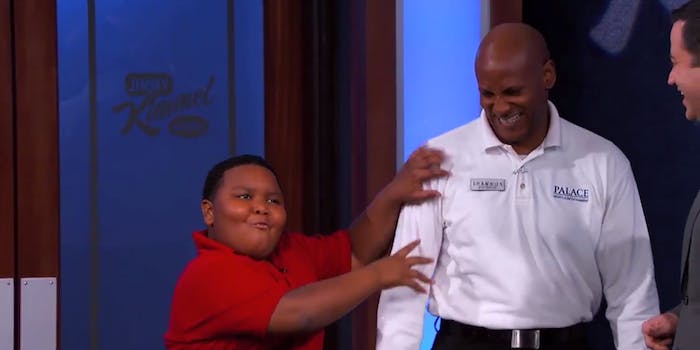 It’s game on for Shannon Sails and Antoine Alexander.

One is an usher for the Detroit Pistons,  the other is an 11-year-old boy. They stole the show together during an epic dance-off on the Dance Cam during a Pistons game on Nov. 19. Since then, they’ve stolen hearts online, racking up over 7.7 million YouTube views.

Now the two dance-off rivals have finally met in person, but whether it’s on Good Morning America or Jimmy Kimmel, these “mortal enemies” can’t help but try to get the upper hand.

This time, they both started in the audience and teamed up for an even bigger battle against Guillermo Rodriguez, Kimmel’s security guard, to the tune of “I Wanna Rock.”

It’s unclear who won, but there was a clear loser this time around.