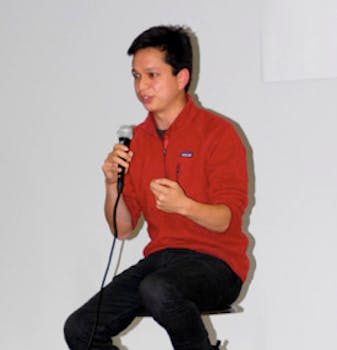 How to command Pinterest’s attention

What does it take for Pinterest to address a serious user concern?

A viral blog post seems to do the trick.

After lawyer and photographer Kristen Kowalski analyzed Pinterest copyright infringements and concluded by “tearfully” deleting her inspiration boards, pinners went into a panic. Out of 450 commenters, a find-on-page search shows that at least 57 vowed to delete their boards as well.

A few days later, Kowalski wrote a follow up post to share news of a personal phone call from Pinterest cofounder Ben Silbermann. During the hour-long discussion, Kowalski said Silbermann “really won [her] over” by asking for her feedback.

“[H]e made an effort to treat me like I mattered and that goes a long way in my book,” she wrote.

However, as far as we can tell, popular bloggers like Kowalski are the only people Pinterest’s PR plan deigns to treat like they matter. If you’re an average user with a concern, get in line.

Earlier, Silbermann reached out to another blogger, Josh Davis of LLSocial, with a personal phone call. Like Kowalski, Davis got Silbermann’s star treatment after a blog post he wrote on a Pinterest controversy—the Skimlinks scandal—went viral.

“Pinterest didn’t really have a plan to deal with customer questions or press inquiries, so Ben has sort of taken on the role of spokesperson, and I am not sure that strategy of occasionally talking to bloggers in a reactive way is going to be satisfiying to all these Pinterest users who take the time to write with real technical issues,” Davis told the Daily Dot.

In 2012, Davis said he can count the number of bloggers and reporters Silbermann has reached out to on one hand. There’s Davis himself, Kowalski, a sterile Wall Street Journal interview, and a tweet to the managing editor of The Next Web after the writer suggested Pinterest spams its users.

Davis told the Daily Dot he doesn’t think Pinterest is intentionally giving consumers the cold shoulder, but that it’s now becoming a huge problem. And he’s not sure Pinterest’s new support site, which the social network still has not announced, can handle it alone.

“Pinterest increased their user base so rapidly that it seems they forgot about scaling customer service along with it. The ticket system only works if they can actually respond to all the tickets or at least respond to the most frequently asked questions with some type of useful, usable information.”

We asked Davis whether he thought Pinterest’s current PR policy led to a lot of misinformation, and he agreed. Since Pinterest is so new, Davis said tech journalists can’t act as authorities on the network yet. When the Wall Street Journal interviewed him about Pinterest, Davis said he had to take on the role of a teacher.

“I would say that most people reporting on Pinterest especially in the mainstream digital/tech press likely don’t use the service enough to really understand how Pinterest works,” he said. “I spent and hour on the phone with one of the writers of the Wall Street Journal article on Pinterest and she hadn’t even heard of the service until the day before.”

Regardless of the problems Pinterest may have with PR, Davis said the product is what counts and will keep users coming back—no matter what they read.

“I think Pinterest has done a good job with their product, so the vast majority of users never have any issues with the service and don’t even realize that Pinterest is unresponsive to questions,” Davis said. “Only when they have a serious issue do they realize that they really have no options to resolve it.”