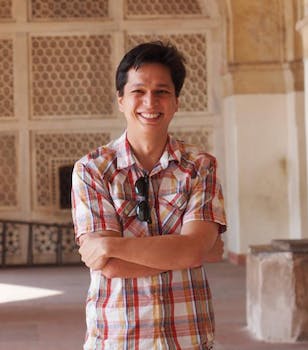 Ben Silbermann, Pinterest's hard-to-find CEO, called a blogger who discovered the site was adding sneaky links to make money—and said the site had stopped the practice.

Last week, intrepid users of Pinterest, the online image board, noticed the site was making a clandestine profit on users’ pins.

By using a service from Skimlinks which added affiliate-marketing code to users’ links, the young social network was to quietly turn pins into profit without tipping off most users.

Equally quietly, Pinterest CEO Ben Silbermann announced that this practice is no more. On February 15, he contacted blogger and social media consultant Josh Davis to share the news. Davis, who was one of the first bloggers to write about the Pinterest-Skimlinks connection, posted about the news on his blog, LL Social.

In keeping with the supremely low media profile Silbermann has maintained, there was no announcement on Pinterest’s blog or any other public statement—just a new, unpublicized entry added to a section of the site.

“Ben told me that it was never Pinterest’s intention to be deceptive,” Davis wrote in his latest post. “He indicated that the use of Skimlinks was a test, not a business plan, and that Pinterest had stopped using Skimlinks a week before I wrote the original story on the subject.”

Though it’s been a week since Davis wrote his original post on the subject, he said he has reason to believe that Pinterest aims for transparency.

Silbermann asked Davis to share a new addendum to the company’s Help Page which explains how Pinterest makes money:

“We’ve tested a few different approaches to making money such as affiliate links. We might also try adding advertisements, but we haven’t done this yet.”

Davis wrote that his conversation with Silbermann reassured him that Pinterest had stopped using Skimlinks a week before Davis blogged about the phenomenon. While Davis believed he was able to recreate the site’s code-adding behavior at the time he posted, as was the Daily Dot, he now believes this was an error.

Silbermann told Davis the reason Pinterest has been slow to respond to reporters’ and bloggers’ request for comment was because the company still has just 16 employees, the majority of whom are developers.

“[A]s a startup trying to continue to develop a compelling product, their team doesn’t want to be constantly reacting to every new article or story about their business,” Davis paraphrased Silbermann’s explanation.

Though Silbermann’s word comes late—and circuitiously—toPinterest users, at least they’ve gotten the feedback they asked for. And hopefully, this has also served as a reassurance that even if Pinterest isn’t writing back, they’re listening to the community.