Pinterest appears to be using affiliate links to generate revenue from its users. But why isn't the imageboard service disclosing that information?

Pinterest may be making bank off your pins without you even being aware of it.

Pinterest is able to do this with Skimlinks, an affiliate-marketing technology that identifies URL sources with affiliate programs and quietly adds the users’ affiliate identification to those links.

This reporter’s screenshot below highlights the affiliate-referral link on an Amazon pin in yellow. 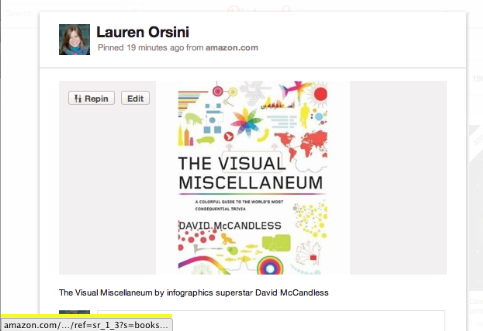 As further evidence of Pinterest’s tie to Skimlinks, traffic tracking company Compete shows that Pinterest has edged out Twitter as the third largest traffic source for the affiliate company. 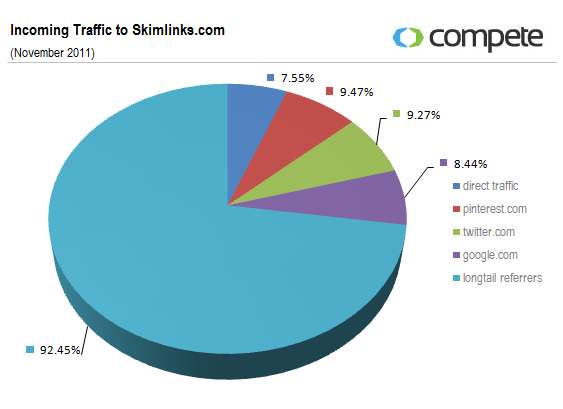 The proof is there, so why isn’t Pinterest disclosing their method of revenue to pinners?

“We encourage our publishers to disclose to their users and comply with the FTC regulations which state. … When there exists a connection between the endorser and the seller of the advertised product which might materially affect the weight or credibility of the endorsement, such connection must be fully disclosed.”

“I’m more than happy to allow Pinterest to make money from my pins using Skimlinks,” she wrote. “But I feel like a disappointed parent… because I wish they would have just told me.”

Blogger Josh Davis isn’t sure if Pinterest legally needs to disclose its affiliate links, but worries about whether users will continue to trust the service once they find out.

“I, like many people, don’t have a problem with Pinterest making money off of user content. The links are modified seamlessly so it doesn’t affect the experience. Pinterest likely should disclose this practice to users even if they aren’t required to do so by law, if only to maintain trust with their users,” he wrote.