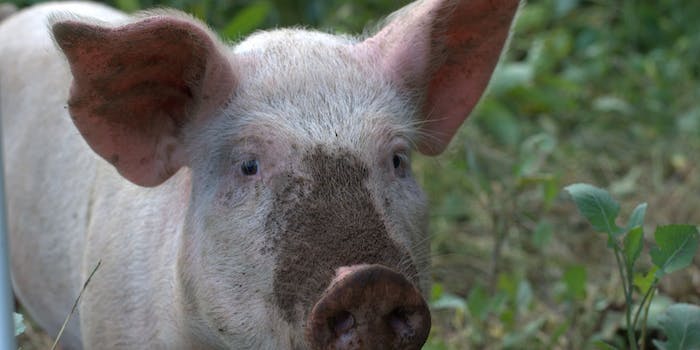 Would you share your salad with this polite pig? We would

Warning: Your desire to eat pork chops will drop dramatically after watching this.

When Albert the pig wants food, he knows better than to oink for it. Instead, he waits patiently at his owner’s shoulder, displaying table manners not normally associated with curly-tailed creatures.

Albert’s owner, U.K.-based vegan Michelle Statham, posted this video back in 2013. The cute force is strong with this one, and it remains eternally relevant.