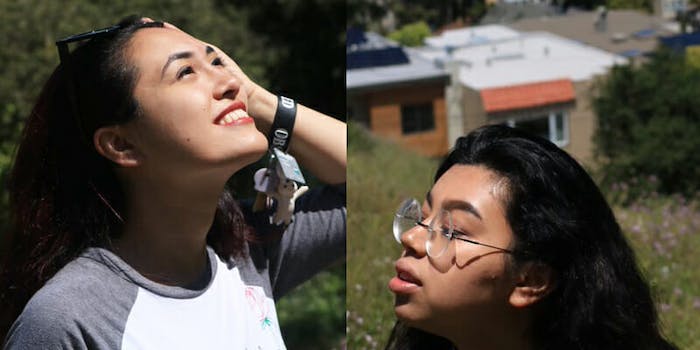 People are sharing bad photos on Twitter taken by their friends

This is completely unacceptable.

Friendship is a two-way street, and sometimes we need to assess a friendship to see if what we’re putting into it is worth what we’re getting out of it. Does it seem like you’re always the one bending over backwards for the other person? Does your friend routinely flake on plans or suddenly seem to disappear when you need them the most?

Or even more importantly, do they take bad pictures of you?

That’s what a guy named Jeff (@JeffJoseph96) ran into recently when he was apparently out for a bike ride with his friend Reed.

Im so mad that I took this picture of reed and this is what he took of me pic.twitter.com/7zx7TIt8bn

As you can see, Reed practically looks like he was being photographed for the cover of a cycling magazine. Poor Jeff, on the other hand, was clearly not prepared for the photo. He seemed to be in mid-speech as it was being taken. The photo was also taken from an unflattering angle and with bad lighting.

Seriously, what the hell, Reed?

Another user attempted to help Jeff out by adding some basic Photoshop wizardry, but even then—not great, Bob!

As Jeff’s tweet began to go viral, others came forward to empathize with their own examples of friends not reciprocating good candid photography.

I asked my friends to take cute candid pics of me at the beach today and this is what I got.. I’m now accepting applications for new friends. pic.twitter.com/aHlP7Q4nxu

One person even admitted to being that friend on at least one occasion.

Let’s get with the program, people. Friends don’t take bad pictures of their friends.