A Georgia legislator who wants to criminalize the act of manipulating photos to make others appear naked says he doesn’t know who Photoshopped his head onto a naked guy’s body.

State Rep. Earnest Smith is a cosponsor of House Bill 39, which would “provide that a person commits defamation when he or she causes an unknowing person wrongfully to be identified as the person in an obscene depiction.” In other words, the definition of defamation would be expanded to include making any not-nude person appear nude in a photo.

On Monday, Smith told Morris News Service that he had learned that someone had used computer software to make it appear as if he were posing nude, but that he “could not venture to give you an answer,” as to who was responsible. 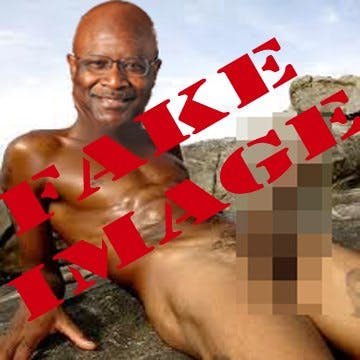