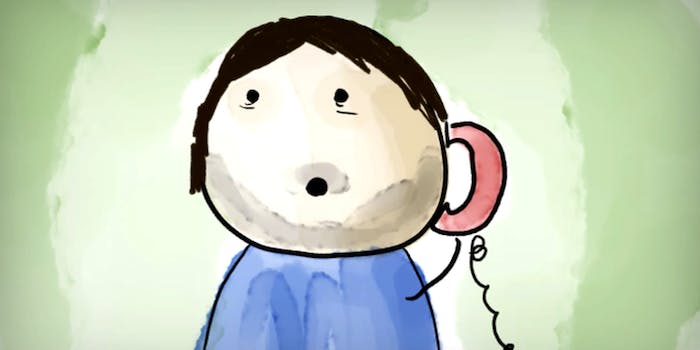 This man animated his hilarious call with a phone scammer

Sometimes you can fight trolling with trolling.

After Ryan Block’s Comcast call from hell circulated around the Internet last month, seemingly everyone had a horror story about the time they tried to cancel their Internet service, or had deal with horrible customer service in general.

Nath Robinson is apparently always getting calls from phone scammers telling him his computer has a virus, requiring him to download their antivirus software. So he recorded one of these calls, and had a little “fun” with the customer service representative.

In this five-minute animated clip, Robinson does what we’ve all wanted to do: He pretends his microwave is a computer, and upends each attempt to get him to actually turn on his computer with a sad “hellloooo.” For an improv bit, it’s pretty great. Sometimes you can fight trolling with trolling.

We’ve all wanted to tell scammers not to leave us because we’re so alone, right?