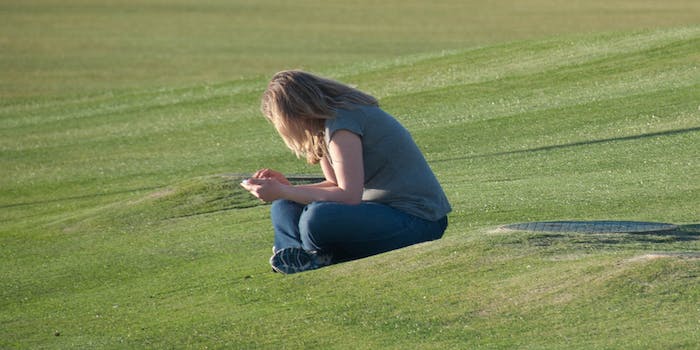 The user base of the social messaging app is predominantly young women.

Police in Phoenix say that a former officer may have used Whisper, an anonymous messaging app, to set up an illegal sexual encounter with an underage girl.

According to 3TV’s Arizona Family, Justin LaClere, 32, was arrested after allegations were made that he had sex with a 17-year-old girl he met through the app. LaClere contacted the underage girl after she posted the following message on Whisper: “I want to get pregnant, but I’m only a teen.” They continued messaging on the app before arranging to have sex in her home.

When the encounter was brought to the attention of local police, they arrested LaClere, who admitted during a police interview that he arranged a sexual encounter with the girl. He has been charged with one count of sexual misconduct with a minor and one count of luring a minor for sexual exploitation.

Whisper, founded in 2012, lets users post pictures and messages under the guise of anonymity. Although the app doesn’t reveal the user’s personal details, it does allow users to message each other directly.

That feature—compounded with the fact that Whisper’s users are predominantly female, between the ages of 18 to 24 years old—makes Whisper an ideal platform for potential sexual predators, who have been known to lurk on the site and solicit hookups through the private messaging feature.

According to Michael Heyward, the 26-year-old founder of Whisper, the app employs moderators to monitor inappropriate content and ban users who abuse the anonymous messaging feature to prey on others. Still, given that the app gets more than 3 billion page views per month (it allegedly hosts 80 times the number of Whispers than there are Wikipedia articles), it’s a difficult task.