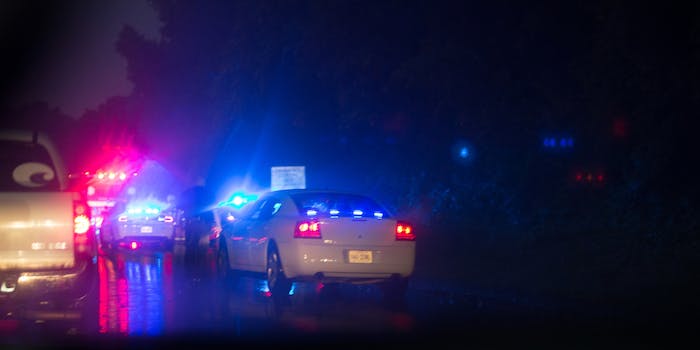 It's a small-town take on a big city.

Philadelphia is a big enough city that there’s always stuff going on, even if it doesn’t quite match the crazy chaos of a place like New York. And there’s nothing that better captures Philly’s quirks and happenings than its police department’s Twitter.

The Philadelphia Police Department’s account is a bit like a small-town law enforcement social media presence that posts about criminals apprehended for hiding weed in Wendy’s burgers. It’s dedicated to the funnier things happening in the Birthplace of America, tweeting in a sort of cheery dad-joke voice. They’re super into Nirvana, for one thing.

Yes, we take requests. No, it's not original – or funny – to yell out "Freebird". Yes, we will play Freebird. https://t.co/LDgQ2F0HQm

You got it – but after that, we're playing some deep cuts. Nirvana. Incesticide. Not crowd pleasers, but hey – it's our turn now!

This police department is also apparently full of animal experts. They cracked the case on whether the hoofed animal hanging out at City Hall during the DNC was an alpaca or llama.

For the record, it was an alpaca.

The Phila. Police Department takes great pride in being able to easily identify all members of the Camelidae Family. https://t.co/6VKLJCamOP

But perhaps the best part about this Twitter account is its love of food. It’s not afraid to @ somebody with a fast food order.

We'll take a chicken sandwich and an order of fries. Please hold the @PPDSteveClark #ImLovinIt

And when it comes to the topic of Philly cheesesteak sandwiches, well, they know how to turn on the burn.

Can we just acknowledge that Philly cheese steaks are mediocre to gross? #DemsInPhilly

[email protected] folks are entitled to their opinion – even when it's wrong. Mr. Smith is probably just still bitter about the 2008 @Phillies :)