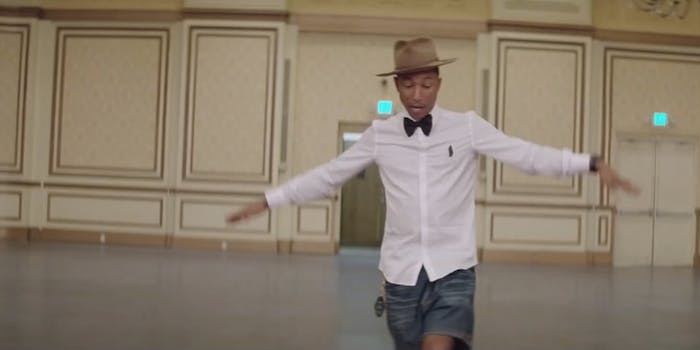 ‘Happy’ without music is creepy and depressing

Someone went and made some changes to that one song on the radio you’re probably sick of hearing.

Gone is the cheerful-sounding music that infects Pharrell’s “Happy” and anyone who hears it with an almost uncontrollable urge to start dancing with smiles on their faces. Instead, it’s just a bunch of lonely people dancing by themselves down dark alleys and in the middle of streets.

They’re singing to themselves, and the people around them don’t even notice. Pharrell and his fellow dancers still sing, unlike a similar take on Shakira and Rihanna’s duet, so it’s not all just footsteps and the occasional odd bodily noise. In fact, that might make it slightly more unsettling.