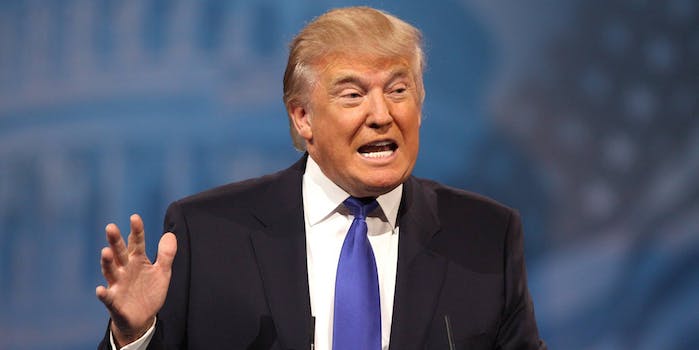 Show us the test results.

Running for president is not for the faint of ego. Candidates are subject to immense scrutiny and, if anything, this election has proven that nothing is off limits. Take Hillary Clinton‘s health or Donald Trump‘s intelligence.

Tons of people think the Democratic nominee is knocking on death’s door. Even more think Trump is an idiot. And yet it was Clinton who was asked if she’d be willing to undergo “neurological tests” on a recent interview with ABC News.

In the spirit of fairness, Nayomi Reghay has launched a petition that shines a light on the real issue at hand: Whether Trump is indeed smarter than a 5th grader. (Full disclosure: Reghay has often contributed to the Daily Dot.) 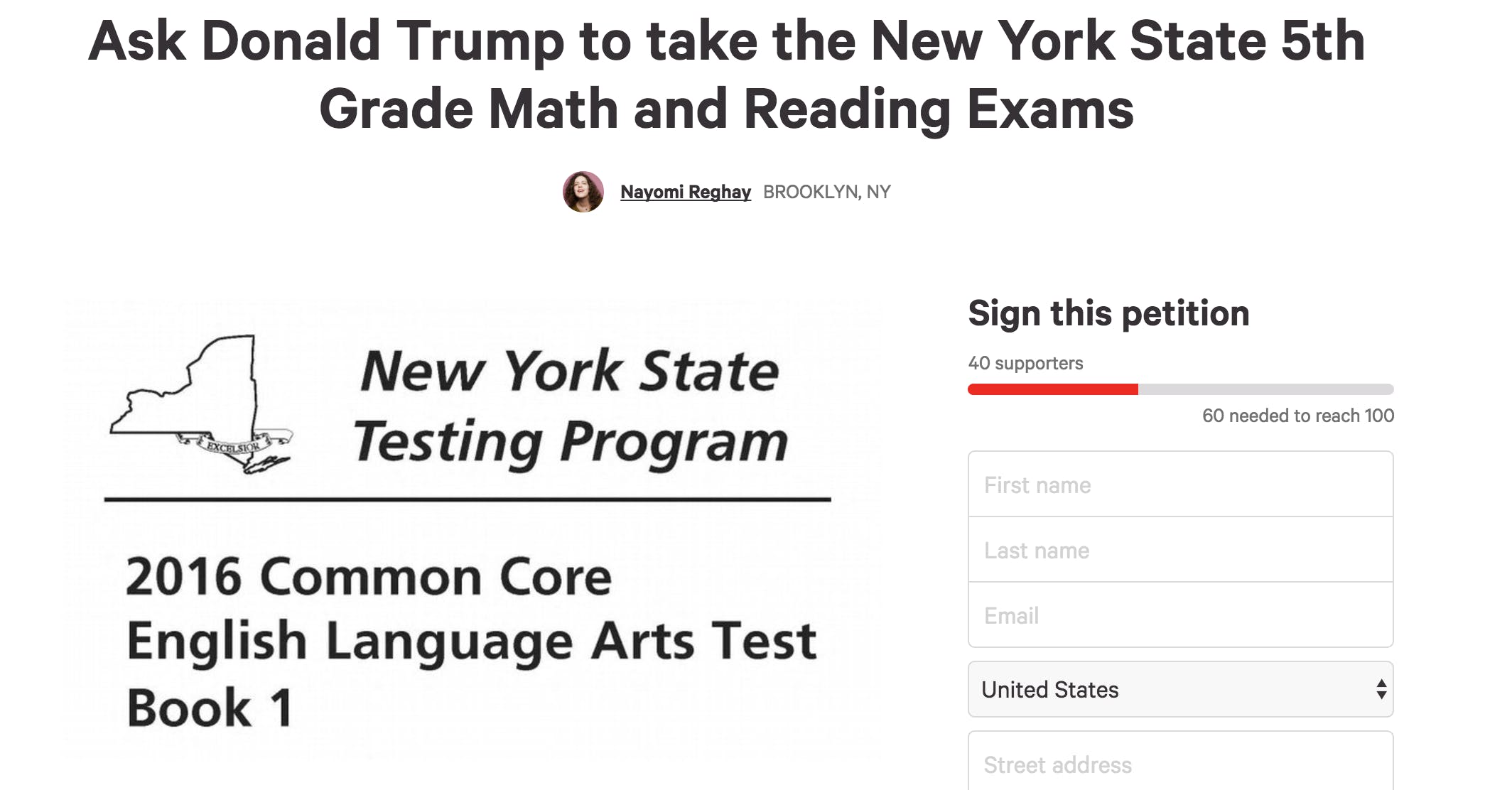 Reghay was inspired by the ABC News segment with journalist Sarina Fazan—so much so that the petition will be delivered to the network, pending enough signatures.

Clinton has already provided documents indicating she is fit to serve as President, but she’s also a woman who is capable of coughing or catching pneumonia. So, it’s completely reasonable that Fazan wanted to be sure that Clinton’s brain itself was intact.

In the spirit of journalistic integrity, we must make sure all of our candidates are fit to serve. We must ask all candidates if they would undergo testing that ensures their brains are in working order.

As of this writing, the petition has dozens of signatures from folks who want more than just Trump put to the test by Common Core—they want a goddamn spectacle. “This could be put on PPV,” one supporter writes.

“I’m signing because I object to ABC’s request to Clinton. And also because I imagine any essay responses from Trump would make for some spectacular horror comedy,” reads yet another comment.

The people have spoken. This could be the primetime event of the election season. Fuck the debates. Someone reach out to Jeff Foxworthy and make this a reality.