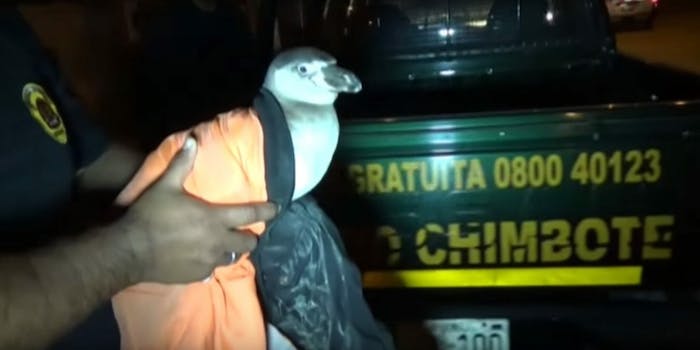 A rogue penguin has been caught wandering the streets of Nuevo Chimbote, Peru.

The mysterious feathery visitor was apprehended by police earlier this week in what was almost certainly the only heartwarming law-enforcement story you will see all week. The penguin, now named Pingui, is thought to have escaped from a vehicle on a nearby road.

He is also thought to be very, very adorable.