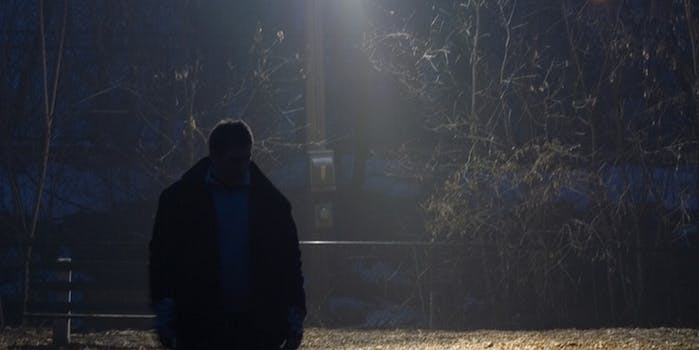 When two sisters slammed an anti-pedophile group for naming-and-shaming a suspect who later took his own life, the vigilantes turned their attention towards the siblings with threats that left them fearing for their safety.

The group, Letzgo Hunting, lured a man to a meeting in May by posing as a 14-year-old girl online. They confronted their target, Gary Cleary, at a park in Leicester, England, but he fled as they approached.

Letzgo Hunting—which claims to be a group of concerned parents—published footage of the meeting online. Police arrested Cleary a few days later, and he was released on bail after questioning. However, Cleary, 29, was found dead afterwards. A coroner ruled last week his death was a suicide, though Letzgo Hunting denies responsibility for causing his death.

Letzgo Hunting said Wednesday that it would not change its methods.

Claire and Emma Harris were among those who criticized the group, according to the Daily Mail. Claire, 31, messaged its Facebook page (which no longer appears active) after seeing the Cleary footage, hitting out at the group’s name-and-shame tactics. However, she received a message soon after and was called a pedophile. The group blocked Claire from commenting on the page.

Emma, 34, was worried someone would get hurt or take their own life over the footage. However, when she complained to the group, it posted her Facebook and Twitter usernames, along with a note indicating she supported pedophiles and urging the group’s 11,000 Facebook fans to “show her some love cuz I’ve had enough.”

She worried for her child’s safety after the group tweeted her real name.

“U will feel the love that paedophiles get, because, by condoning their actions and condemning ours, you are equal!” Letzgo Hunting warnedher  in a tweet.

“I can’t believe the way they went for me,” she told the Daily Mail. “It only takes one idiot to decide to look me up – all for trying to have a civilised debate with these people on Facebook.”

The woman both reported the abuse and harassment to police.

The group’s founder, who quit after someone revealed part of his name online, denied abusing critics through the Facebook page.

Letzgo Hunting often poses as girls aged 12-15 online to lure pedophiles into meetings, and posts footage on Facebook, YouTube, and its website. The group only blurs out suspects’ faces if they are arrested.

In May, a man was arrested on suspicion of sexual grooming and inciting a child under 16 to commit a sexual act after a similar sting by the group.