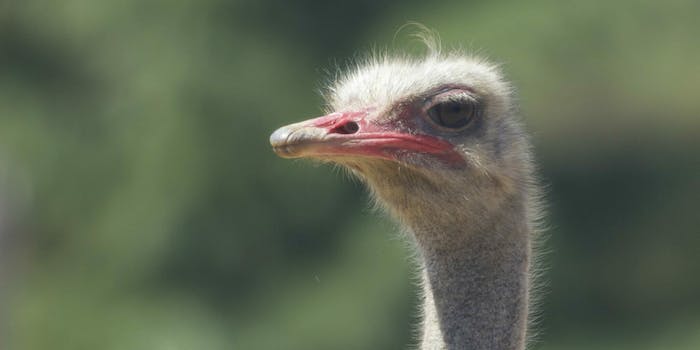 The internet puts Paul Manafort on trial for buying a $15,000 ostrich skin jacket

It's probably not what you imagined...

But Twitter would like to add one more charge: a poor taste in fashion. When prosecutors revealed a $15,000 ostrich skin jacket, as evidence of Manafort’s extravagant lifestyle, people immediately starting roasting it online.

CNN correspondent Kara Scannell posted a picture of the jacket in question on Wednesday night, saying “Behold. The $15,000 ostrich coat Manafort bought with an international wire transfer, according to a men’s clothier who testified today. Government exhibit”.

Behold. The $15,000 ostrich coat Manafort bought with an international wire transfer, according to a men’s clothier who testified today. Government exhibit pic.twitter.com/BjuQ39ZeJ0

Everyone seemed equally horrified by the price, and the jacket itself.

You mean to tell me PAUL MANAFORT is walking around in this? Excuse me what… https://t.co/rWiWIUBKaI

Wherever ostriches go in the afterlife, the one that this came from must be screaming

Anyone who buys a jacket looking like this deserves to spend the rest of his/her natural life in prison. https://t.co/oh30w2A77l

More Manafort wardrobe. I used to think it was hyperbole when I said Trump and all his cronies were like villains from old episodes of Miami Vice. https://t.co/pJruLxjcM8

If you can’t wear an ostrich leather bomber jacket with drawstrings while doing business in Eastern Europe when can you?!? https://t.co/gMjijhI349

That junk is eBay ugly https://t.co/9NGG7QSHLv

Rich people are so weird. https://t.co/AwSfDuujj5

Although, having heard about it before pictures were revealed, some people were a little underwhelmed.

If you’re wondering why the jacket has small bumps in it, it’s because that’s where the bird’s feathers have been removed. It’s also supposed to be both stronger and softer than most other kinds of leather. Maybe not $15,000 stronger and softer, but it does also appear to come with a silk lining, so it’s no doubt way more comfortable than, say, one of those jumpsuits they make you wear in prison.