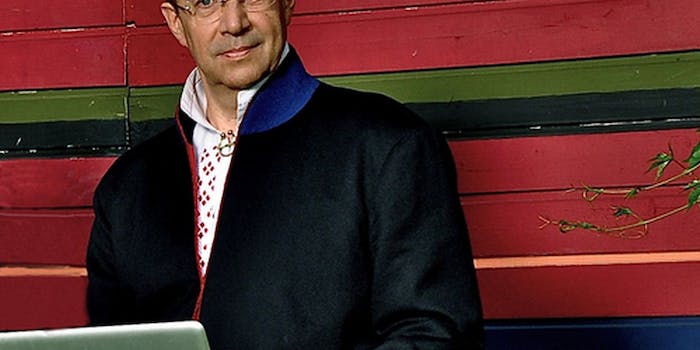 Operas take their inspiration from a broad range of sources: the death of a biological warfare expert, politics, Oscar Wilde—and now, even a Twitter feud between Paul Krugman and the president of Estonia.

Operas take their inspiration from a broad range of sources: the death of a biological warfare expert, politics, Oscar Wilde—and now, even a Twitter feud.

And not just any scrap between two plebeian tweeters. This one was between New York Times columnist Paul Krugman and the president of Estonia.

Back in June, Toomas Hendrik Ilves took issue with a piece Krugman, the 2008 Nobel Prize winner for economics, wrote on Estonia’s austerity measures. While the country received praise for its tactics, the country’s Gross Domestic Product recovery was so-so.

“Let’s write about something we know nothing about & be smug, overbearing & patronizing,” Ilves tweeted in response. “Guess a Nobel in trade means you can pontificate on fiscal matters & declare my country a ‘wasteland'”

“But yes, what do we know? We’re just dumb & silly East Europeans. Unenlightened. Someday we too will understand. Nostra culpa,” he added.

The 16-minute opera, titled Nostra Culpa (Our Fault) seemingly after the tweet noted above, tackles the austerity vs. stimulus issue in two movements and mirrors the exchanges between Krugman and Ilves, according to Agence France-Presse. The first performance will take place on April 7, during Tallinn Music Week.

“The drama comes not simply from the subject matter which is inherently dramatic,” Scott Diel, writer of the opera’s libretto, told AFP, “but from the fact that this story, between Professor Krugman and President Ilves, is something that affects so many people in Europe, in the United States, around the world.”

No word yet if there’ll be a fan tweet of the opera.