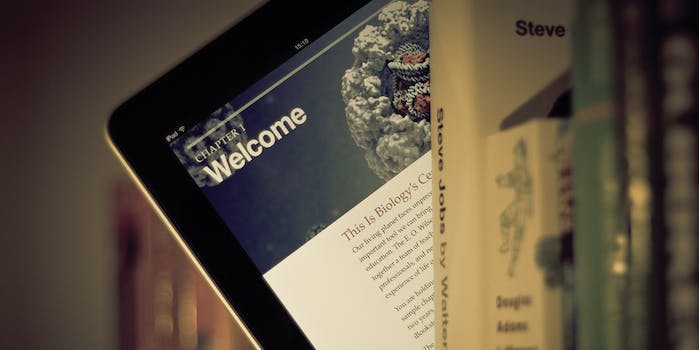 On the Internet, it's easy to confuse real criticism with trolling.

A few weeks ago, Daily Dot writer Miles Klee posted an article about why he unfollowed comedian Patton Oswalt on Twitter. Klee gave what seemed to me at the time some fair criticisms—Oswalt’s distinctive brand of humor, while funny on stage, doesn’t translate as well to the social network. He spends too much time baiting trolls. He, too, often descends to polemic against the “stupid” and “humorless.”

[I]s there anything remotely amusing about watching a guy using his considerable talents to simultaneously mock the stupid and needle the allegedly “humorless” online? Far be it from me to judge how anyone spends their free time, but as a spectator sport, shooting fish in a barrel leaves a lot to be desired.

The article was met with near universal outrage. Oswalt himself drew attention to it, and his horde of Twitter followers inundated the writer with a never-ending string of haterism.

Guy who wrote the essay about unfollowing me has, since writing it, mentioned me 20+ times, directly Tweeted me twice & RT’d me 3 times.

The Internet responded to Klee’s critique of Oswalt’s Twitter not so much by disagreeing with it but by decrying the fact of the criticism. How dare he, a professional writer, review a comedian’s Twitter!

I’ve heard this backlash quite a bit on the Internet: that online criticism is broken, and those who make their living judging other people’s art are parasites. It’s not hard to see why. The Internet is exhausted with opinion. When anyone can opine at length about their least favorite thing that day and tweet obscene emoticons at movie stars at will, it’s easy to conflate real criticism with trolling, if only because they often appear together on the same social network.

This conflation would seem especially relevant for comedians, who bare their souls on stage to actual crowds, and for whom the IRL version of the troll, the “heckler,” constitutes a serious threat to their art. Viewing Oswalt’s strong reaction to Klee’s criticism as the firing of a knee-jerk reflex against a heckler offers a much more sympathetic interpretation for the comedian.

But a critic is not a troll, nor a heckler. The New Yorker‘s Daniel Mendelsohn gave a serviceable definition of criticism in an article about why a lot of the world’s finest book critics continue to absent themselves from Twitter. (The article is from 2013, but the argument still applies.)

[A]ll criticism is based on [the] equation: KNOWLEDGE + TASTE = MEANINGFUL JUDGMENT. The key word here is meaningful. People who have strong reactions to a work—and most of us do—but don’t possess the wider erudition that can give an opinion heft, are not critics. (This is why a great deal of online reviewing by readers isn’t criticism proper.) Nor are those who have tremendous erudition but lack the taste or temperament that could give their judgment authority in the eyes of other people, people who are not experts. (This is why so many academic scholars are no good at reviewing for mainstream audiences.) … In the end, the critic is someone who … hungers to make sense of that new thing, to analyze it, interpret it, make it mean something.

But this definition probably doesn’t align very well with most people’s experience with online critics. The average Internet user is much more acquainted with the Yelp review than Mendelsohn’s sense of  “meaningful” critical analysis.

A slightly more highbrow example of recent online backlash to criticism occurred when an editor at the New Republic, Adam Plunkett, posted a negative review of Patricia Lockwood’s latest book of poems, Motherland Fatherland Homelandsexuals, on the New Yorker‘s website.

It’s commonplace to say that Lockwood fits uncannily well on social media, especially on Twitter, but I worry that she fits herself to it. I don’t mean that I think that she tries to, only that the constant reinforcement can hardly be without its temptations, especially for someone who wrote for years without expecting anyone to read her. … Her crowd claps loudly at jokes, especially provocative ones, and the lowest common denominator feels provoked to respond, begetting further jokes at their expense.

The backlash was swift. Mallory Ortberg of the Toast called the review sexist, citing in particular that Plunkett’s critique of Lockwood’s poetry would be couched in an expression of “worry” for her, and Matt Buchanan of the Awl very aptly asked why all the reviewers of Lockwood’s book thus far had been male. Plunkett’s review was also called out in pieces by Newsweek and New York magazine as “weak” and “poorly written,” respectively.

I agree that Plunkett’s review was casually sexist. But what seemed to add insult to injury was that, in some ways, the cries of moral outrage in the ensuing backlash were louder than the book’s initial positive critical response. Lockwood’s poetry became a vehicle for a discussion about a sexist critic, as opposed to a subject of literary criticism in its own right. Lockwood summed up the ensuing fallout succinctly in a tweet:

In a recent interview with the Awl, Lockwood characterized the backlash as something of a distraction from her poetry:

Just today I searched for reviews of Motherland Fatherland Homelandsexuals and found five, most of them positive, from the New York Times, New York, Slate, NewYorker.com, and the Toast. But the review that appears highest in the Google pecking order is Adam Plunkett’s.

In both instances of critical backlash, discourse quickly devolved into a war of words about who was “right.” The question of the quality of Patton Oswalt’s tweets was lost in the argument over whether Miles Klee was an asshole. Estimation of the irritant, funny, hypersexual poetics of Patricia Lockwood’s work got shouted over in favor of a much louder, much simpler argument about whether Adam Plunkett is a misogynist.

This is not to say that sexism shouldn’t be shouted down on the Internet, nor that trolling should be tolerated. Ethical discussions about online behavior, and especially those concerning social justice, are extremely important. Nor do I mean to imply that ethical or social justice considerations are divorced from aesthetics—far from it, especially in Lockwood’s case.

Rather it seems that on the Internet, the necessary loudness of ethical arguments can easily drown out the quieter critical discussions about works of art. No doubt, Lockwood’s poetry is meant to challenge male sexuality, and the privileged hierarchies endemic to maleness, by re-contextualizing sex within absurd scenarios. But this re-contextualization, and the ensuing critical discourse surrounding it, is a good deal more rhetorically opaque, and aesthetically compelling, than the cries of righteous indignation that followed Plunkett’s review.

In both cases, punditry held sway—in Oswalt’s case, because a confusion between trolling and criticism muddied the waters; in Lockwood’s case, because the necessarily unmuddied language of feminist outrage perhaps rendered the critical discussion overly simplistic. It’s a shame, because whatever side one falls on in the quality of Patton’s comedy or Lockwood’s poems, they are much more than mere scaffolding for a discussion about someone else’s unethical behavior.