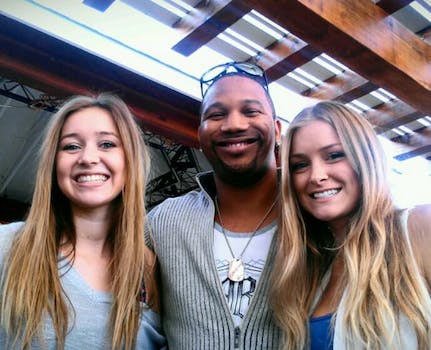 It appears as though the notorious Patrice Wilson had himself quite the stressful weekend.

Wilson, the Nigerian-born producer responsible for such landfills as Rebecca Black’s “Friday” and that November song about Thanksgiving, was up to his ears in YouTube legalities this weekend, going back and forth with the site about the existence of his latest teen smash, Reagan Smith’s “I Wanna Know,” which was posted to YouTube in October and jumped to 500,000 views in one day.

Smith and her parents signed a contract with Wilson to donate a collection of the song’s iTunes sales to Lucille Packard Children’s Hospital in Palo Alto. The 10-year-old girl suffers from immune thrombocytopenic purpura, a disorder that makes blood clotting extremely difficult.

The song first went down Friday, but was back within two hours. At the time, YouTube told San Jose’s Mercury News, Smith’s hometown paper, that the video violated a community guideline that prohibits users from “creating misleading descriptions, tags, titles, or thumbnails in order to increase views.”

Wilson, who wrote, produced, and currently manages all business for the song, denied having involvement in the funny business.

“If people decided to spam my videos, what can I do? What protects me?” he told the Daily News. “I’ve had a bunch of threatening emails saying ‘We’re going to pull your videos down,’ ‘We’re going to hack into your website.'”

The video went down again over the weekend and is not currently available on the site. In its place, YouTube has provided that the video has been removed “because its content violated YouTube’s Terms of Service.”

The site has been active in purging fake views from YouTube in recent weeks, going so far as to clean out more than 2 billion extraneous views from the channels of major music labels and a swing of popular artists just before Christmas. Two weeks later, I wrote about how easy it is to game YouTube’s view system after I purchased 60,000 views for $50.

Wilson may have denied his own involvement Friday, but the man maintains a questionable professional background. As the owner of ARK Music Factory, he’s known for orchestrating the creation and promotion of “Friday,” a song so terrible and so popular that it spawned a template headline: “Is _______ the Next Rebecca Black?”

But he’s also responsible for managing no-name teen “talents” like Madison Bray, Abby Victor, and Lexi St. George, three girls so forgettable that we barely even questioned whether to loathe them.

ARK’s website offers one of the shadiest-looking music label contact pages that the Internet’s ever seen. Wilson did not respond to any tweeted requests for comment.

He has been absent from the public spectrum since Friday. We cannot possibly tell you where he is.