Those wacky religious nuts are at it again!  After shooting up people in Paris and denying couples marriage licenses in Kentucky, another fundamentalist has won the right to wear a colander on her head. 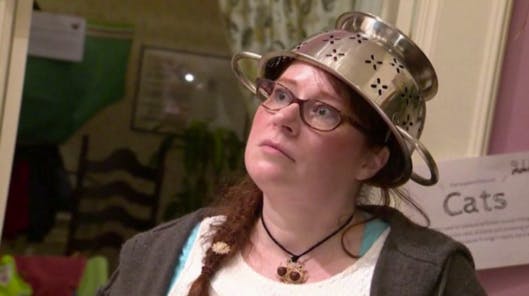 Lindsay Miller of Lowell, Massachusetts, a so called “Pastafarian” who worships with “The Church of the Flying Spaghetti Monster“—a web-based mockery of some more popular monotheistic faiths—has so far not been connected to the deadly attacks in Paris that killed more than 120 people. But she did manage to convince government employees to let her wear a kitchen tool on her head when they took her driver’s license photo.

At first, Miller said, the Massachusetts Registry of Motor Vehicles denied her request to don the metal pasta strainer. The American Humanist Association then filed an appeal on her behalf, citing an “exception for religious headwear” like yarmulkes and dastars, and the registry caved. (It’s worth noting that the right to wear a colander in official government ID photos and even while being sworn in as a city council member has been almost universally granted in the course of Pastafarianism’s 10-year history, not just in the United States but around the world.) “I’m like, you’re discriminating against us just because you haven’t heard of us,” said Miller, according to FOX17. “You know, it’s like, there’s how many religions?  How are you going to know all of them?  So I hope this helps open the door so other people can go and don’t have that hassle.” 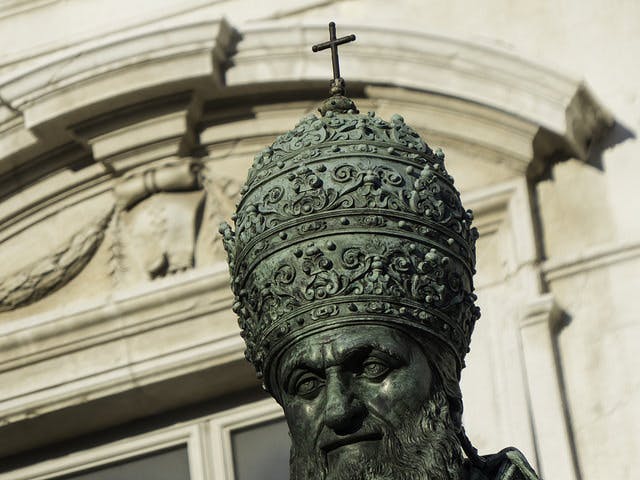 Religious people have long been known for their eccentric choices in headwear.

Readers will no doubt remember various religious groups for famously leading something called “The Crusades” during the middle ages and for making a bunch of people drink poison Kool-Aid in the 1970s. This latest escapade has much of Internet similarly outraged. Some people have taken particular issue with Miller’s hat, going so far as to call it “silly”.

The FDA has yet to weigh in on the health concerns of using a strainer to drain pasta after it’s been worn on a person’s head.