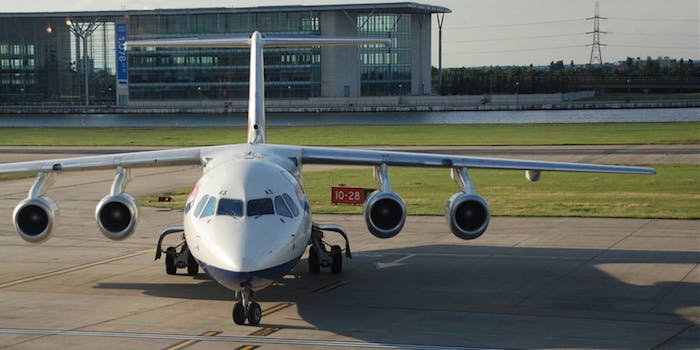 When you really don't want the window seat.

Not long after takeoff, a Cobham Aviation plane headed from Perth, Australia, to Barrow Island was forced to double back and make an emergency landing after one of its engines caught fire. No big deal, right? Just kidding, that’s absolutely terrifying.

Even so, the 92 passengers aboard—all commuting to jobs on offshore oil and gas projects—were said to be remarkably calm throughout the hair-raising incident, in which no one was hurt.

And at a moment when most of us would be reacquainting ourselves with the art of prayer, Brad McCoy, who had the dubious honor of a window seat for the occasion, whipped out a phone and started filming. His video will make you an Amtrak customer for life.