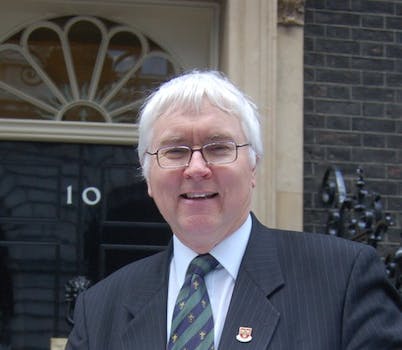 Sir Bob Russell, member of parliament for Colchester, England, took his complaints to the floor of the House of Commons.

When faced with someone parodying you on Twitter, perhaps it’s best to deal with the matter in private rather than having your complaints become part of public record.

Sir Bob Russell, member of parliament for Colchester, England, raised the issue of someone spoofing him in the House of Commons and asked Speaker John Bercow how to deal with the issue.

Russell accused the creator of the parody of being someone with a “sick, evil and warped mind” who is posting “vile” comments under his name.

“A Twitter account has been set up in the name of Bob Russell MP but I assure you that it is not I that has done so,” Russell said. “This has to be viewed in the context of three years of dirty tricks in Colchester against me by three immature young men who are all members of the same party.”

He added that those men had created a spoof YouTube video of him and sent “letters to newspapers with false names and addresses.” Russell then sought guidance from Bercow on how to handle the issue.

“It is clearly unacceptable that you are subject to this form of harassment,” Bercow replied. “It is not however a matter of order for the Chair.”

However, he went on to say that he understood Twitter acts to shut down accounts which impersonate MPs, adding that he would be ready to come back to the issue if Twitter did not act to shut down the account in question.

As we’ve seen with both the Guy Adams case and the recent incident regarding the prime minister of India, Twitter doesn’t move to suspend an account without complaints going through the proper reporting process. It has clear guidelines on what constitutes impersonation compared with parody.

Perhaps Russell might have been best served dealing directly with Twitter, rather than airing his dirty laundry in front of his peers in parliament.