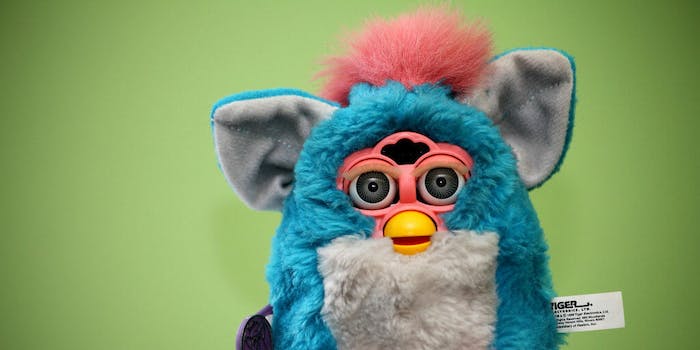 People are loving Paris Hilton dressed as a ‘sexy Furby’

Paris Hilton and Furby have a lot in common.

If there’s one thing we all know about Halloween in America, it’s that anything can be sexy given right the costume. If you’re aren’t happy being a sexy Pikachu or Fozzie Bear, you can even go as an erotically enticing Donald Trump.

So it shouldn’t come as too much of a surprise that Paris Hilton showed up at a party recently dressed as a sexy Furby. After all, they both peaked in the early 2000s and nobody could ever truly explain why either was so popular. (Long Furbies are currently all the rage.)

Paris Hilton dresses as a sexy Furby last night at the Casamigos Halloween bash and I'm here for it. pic.twitter.com/9cseEwpV0i

The tweet showing Hilton in the costume was originally posted by People news reporter and self-described “Slave to the Real Housewives” David Quinn, who was attending the Casamigos’ annual Halloween party. The party is put on by the tequila brand founded by George Clooney and Rande Gerber, and it draws big Hollywood names every year.

Everyone seemed to be enjoying the Furby/Hilton mashup on Twitter, either because they wanted to poke some fun at two cultural icons, or because they legitimately thought the outfit was hot.

Furby — circa 2000 when Paris Hilton was still relevant.

I'm so here for the furby costume😍

Hilton’s Furby costume wasn’t the only one to turn heads at the party. Check out this tweet from Casamigos showing some other A-listers dressed to impress. Yes as a matter of fact that is Harry Styles dressed as Elton John.