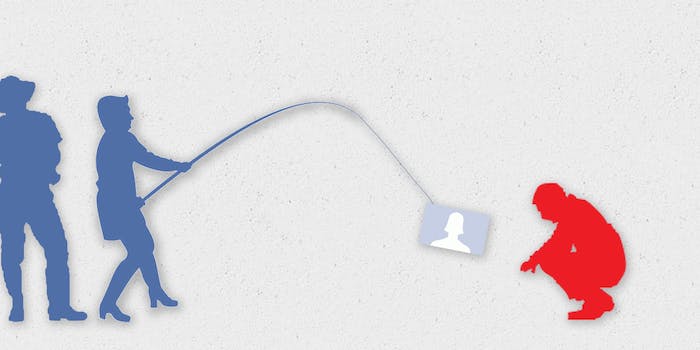 Parents of a 15-year-old girl discovered her relationship with a 30-year-old she met on Facebook. They took matters into their own hands.

A Washington man faces federal charges after a 15-year-old girl’s parents found out that the two were having an improper relationship—and decided to take matters into their own hands.

The father, who, like his daughter, has not been identified, because of the severity of the case, learned two weeks ago that his daughter had spent the past three months in a relationship with 30-year-old Jason D. Richards, a man she met through the Facebook dating application Are You Interested and dated both on- and offline, sending hundreds of Facebook messages and YouTube videos to each other until they first met face-to-face in May.

Court records show that the two made plans to elope and run away. Richards even gave the daughter an engagement ring and offered to help change her name and appearance so that she would not get caught.

She did, of course. Her parents discovered she’d been in the relationship on June 7. That’s when they decided to handle it themselves.

After taking the daughter’s computer, the mother signed into her account and messaged Richards repeatedly, convincing him to go through the runaway plan the two had long talked about.

She told Richards to meet her at the family’s house in Spokane. When he got there, there was no sign of the daughter. Instead, her father and a group of his friends were waiting in an alley behind the house. Once Richards showed up, they blocked the exits and detained him until police could arrive.