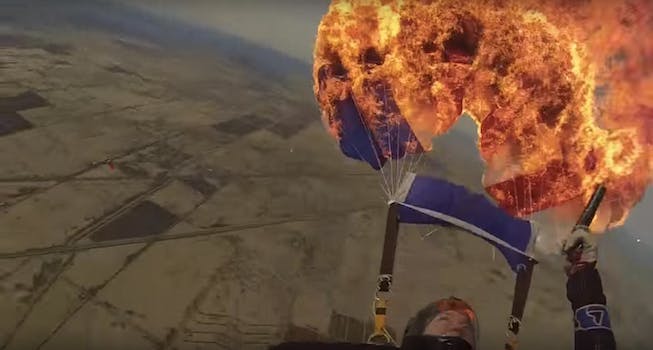 Move over, Katniss Everdeen, there’s a new girl on fire in town.

Parachuting is already a huge adrenaline rush. Why not add some flames for an added, terrifying bonus? Brianne Thompson was game for the stunt, setting her own canopy ablaze while falling to the ground. She of course had another parachute ready to deploy, but damn, this takes some guts.