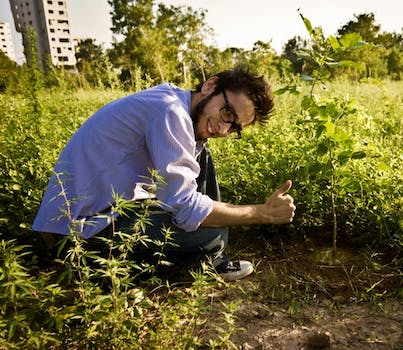 Syed Muzamil Hasan Zaidi usually makes comedy videos, but he took some time out to spread a simple message: "Let us be kind."

Syed Muzamil Hasan Zaidi wants to be the man who redefines Pakistan. And he’s willing to start from the bottom.

Zaidi, a filmmaker and comedian who runs Lolz Studios but lists his most recent accomplishment as “hit[ting] 50,000 views on a non-comedy YouTube video in two weeks,” celebrated his birthday Thursday in a rather unconventional way: he rode a car his hometown of Islamabad and performed 22 random acts of kindness for strangers—one for every year of his life.

He brought along some friends to film the process and cut the good deeds into an uplifting, society-ain’t-really-as-bad-as-you-think video that he posted onto YouTube at the end of the day.

Zaidi’s random acts included writing personalized letters to police officers to thank them for their work, delivering apples to the needy, planting a tree, giving students rides in lieu of long walks, and having a heart to heart with the janitor at his favorite coffee house.

The underlying message: “Let us be kind.”

“Let’s create a society where even if the governments and corporations work against us, we still have each other,” Zaidi posts at the conclusion of the video.

With his help, we may get there.