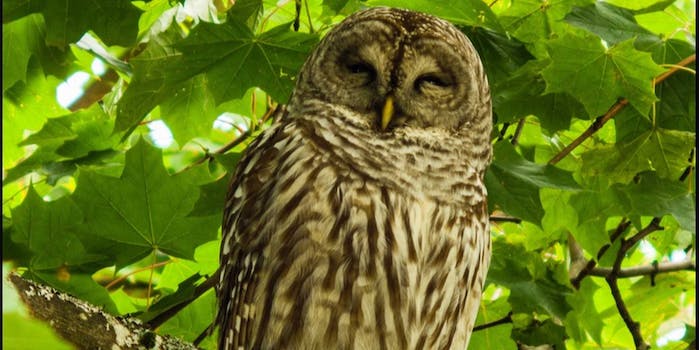 We dare you to behave this composed about anything in your life.

This owl is so zen, he seems to barely notice all the aggression coming from his avian brothers.

It’s hard to not want to recognize yourself in this owl that has perfected the art of shaking off the haters. In the very least, we all aspire to be as resolute and steadfast with regard to the many metaphorical birds that harass us while we’re minding our own business.

If this is indeed a barred owl, as it appears to be, then this owl’s nonchalance is even more impressive, as his species is one of the top 10 birds most likely to kill you. His behavior stands in stark contrast to these aggressive owls.

Owl who doesn’t give a fuck, we salute you.