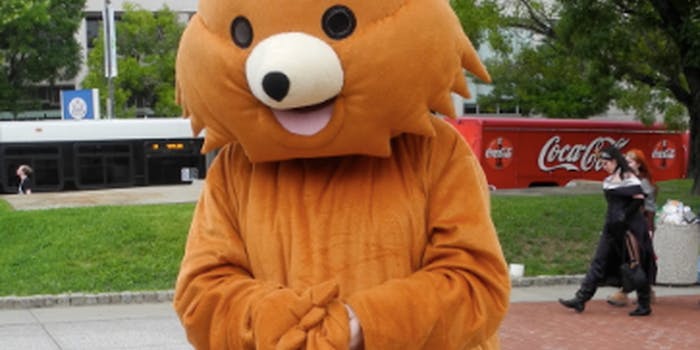 Memes in meatspace: Costumes inspired by the Internet

In order to find fellow fans with the same interests, many attendees cosplay—create and wear costumes to personify favorite characters—in order to broadcast their fandoms to the group.

While anime and gaming characters were not in short supply, dozens of congoers opted to go as their favorite Internet communities, from bronies to Tumblr to Homestuck. These costumes served as creative inside jokes that only fellow fans would get.

The Daily Dot has created a list of 14 of the most interesting costumes inspired by online culture. See if you get the joke.