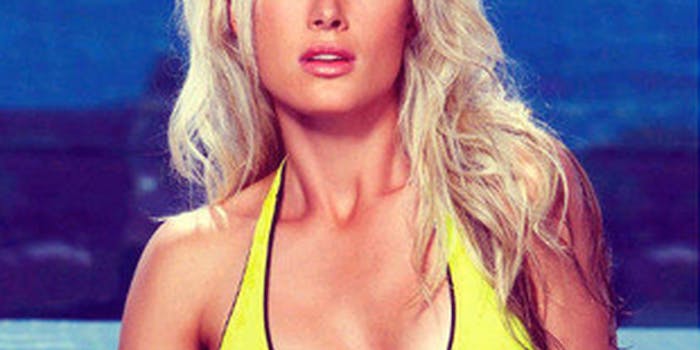 "What do you have up your sleeve for your love tomorrow??? #getexcited #ValentinesDay," 30-year-old model Reeva Steenkamp tweeted Wednesday.

“What do you have up your sleeve for your love tomorrow??? #getexcited #ValentinesDay,” the 30-year-old tweeted Wednesday.

On Thursday, she was found shot dead at the home of her boyfriend, famed sprinter Oscar Pistorius. Nicknamed “Blade Runner,” he was the first Paralympian to compete in the Olympics, last summer in London.

It’s unclear how the shooting occurred, but South African police charged Pistorius, 26, with murder. Local media reports that Steenkamp was mistakenly identified as an intruder, but police could not confirm that. Pistorius will appear in court Friday.

Pistorius’ spokeswoman Kate Silvers told CNN that he is “assisting the police with their investigation but there will be no further comment until matters become clearer later today.”

In 2011, Steenkamp was named one of FHM‘s 100 Sexiest Women in the World, appeared in South African reality shows, and became a celebrity “on her own right,” her publicist said.

Steenkamp frequently used Twitter to communicate with fans and advocated them to fight sexual abuse. For example, she recently retweeted a message asking her followers to wear black on Friday in support against rape and abuse.

She was very vocal about her relationship with Pistorius on Twitter, too. Several of Steenkamp’s tweets talked about spending time with her “boo,” and expressed her excitement for Valentine’s Day.

“It should be a day of love for everyone :) may it be blessed!” she tweeted Wednesday.