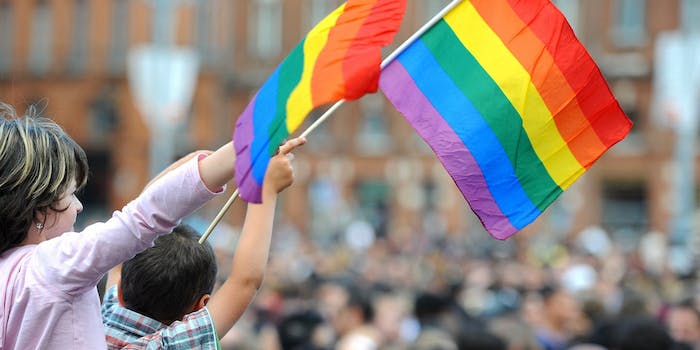 At least 50 people have died and 53 have been injured.

A mass shooting at the Pulse nightclub in the city of Orlando left 50 people dead early Sunday morning, according to the city’s mayor Buddy Dyer.

The incident has drawn horrified reactions from all over the country; not just because of the unthinkably high death toll and the devastation this tragedy has caused, but because of where it happened, and what it suggests about possible motivations. Pulse is an LGBT club, raising concerns that the shooting may have been one of the grisliest hate crimes in America history.

Omar Mateen has been identified by authorities as the suspected shooter. As Florida congressman Alan Grayson told the media in a presser on Sunday morning, he’s a resident of Port St. Lucie in his late 20s. In relatively short order, the shooting has been represented as an act of terrorism in the media, thanks in large part to early suggestions from the FBI. Agent Ron Harper told assembled press that “we do have suggestions that the individual may have leanings towards” Islamic-based terrorism, although he was careful to state that they “can’t say definitively” and are still investigating different possibilities.

Just as you might expect given the heightened tensions of the moment and the current political climate relating to high-profile incidents of mass violence have contributed to difficulties around how the shooting is being classified and reported at this early time. On the one hand, some people are pushing the angle of the shooting as an expression of violent religious extremism, while others are questioning why it isn’t being broadly reported as a potential hate crime—a distinctly anti-LGBT atrocity.

Grayson, for his part, referred to it as a likely hate crime in his presser, and NBC News reported that Mateen’s father didn’t believe the shooting was religiously motivated, but rather by anti-gay animus. He reportedly told the network that his son witnessed two men kissing in Miami months before the attack, and that he believes that may have spurred the killings. It’s worth noting that he also apologized and said he was in “shock,” according to NBC News’ David Wyllie.

Whatever further facts ultimately come out about the Pulse shooting, it’s worth bearing in mind that we’re still in the very early stages of this awful story. As such, it’s good to exercise restraint in representing it any one particular way. There’s nothing that would necessarily preclude it from being both a hate crime and an act of religiously motivated violence, after all.

But this is a clear instance in which everyone wants an immediate explanation, and at present it doesn’t seem like there’s quite enough information to get a full, responsible picture of what happened and why. Whatever motivations or justifications do ultimately come out, this will go down in history as an atrocity of the highest order. As it stands now, the Orlando shooting is the deadliest mass shooting in United States history.

Obviously, the fact that the shooting took place at a popular LGBT nightclub suggests something very dire, along with the statement from Mateen’s father alluding to his son’s anti-gay anger.

The FBI will reportedly investigate the shooting as an act of “domestic terrorism,” but that doesn’t mean that it’ll ultimately be classified that way, nor that the shooting won’t eventually be identified as an act of hate based on sexual orientation.

It’s entirely possible, when it’s all said and done, that the truth that comes out will speak to both realities at once: that Mateen was both possessed by anti-LGBT hatred, and that a fundamentalist or radical interpretation of his faith could have proven to be an inciting factor. And, while the public policy responses will surely be different depending on the prevailing narrative, (and that could influence the legal ramifications) it’s important to remember that a violent expression of faith and an expression of bigotry are not mutually exclusive.

To assume it has to be just one or the other is a failure of our mass media, our conclusion-jumping politicians, and to some extent, our collective imaginations.