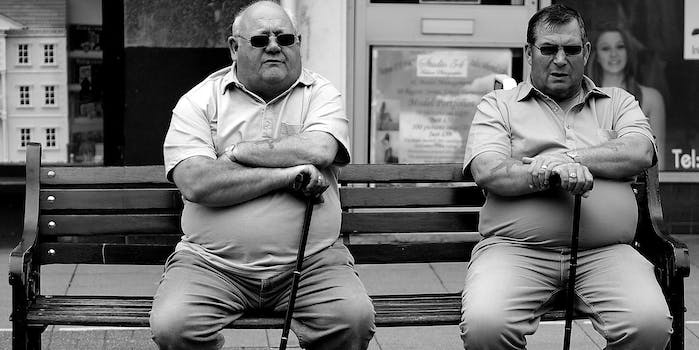 Your eyes won’t believe these optical illusions of white bros

Blinded by the white.

This is your standard photo of white bros hanging out doing something white and bro-y. Some of them are posing in the same manner, but it’s pretty easy to see that this is nothing more than a bro hangout.

All white guys stand the same when they take beer pictures pic.twitter.com/uU9vasc8OU

Now this one is tricky. Not only are these bros shirtless, but the majority of them are wearing sunglasses. At first, your brain cannot differentiate between which white bro is which, but after a while, your brain is like: “Wait, some of these white bros aren’t the same person.”

This is a picture of white bros at a barbecue. Although they’re wearing the same style shirt, and many of them look identical, you have the cognitive ability to process all the whiteness that is taking place here.

But what happens when white bros not only look identical, but line up in perfect symmetry? This is what happens:

The Large White Guy Collider has successfully split a Chet into 7 smaller sub-Chets, the building blocks of White. pic.twitter.com/g2EL1tlGrc

See, no matter how many times you look at this picture, it’s hard not to be overwhelmed by all these white bros staring at you. Who are all these bros, and who convinced them to get into the privileged white male version of “Formation”? Is this some David Blaine magic trick, forcing us to confront our fears of a group of similar-looking white bros who decide to all look in our direction at the same time? Is there no god?

The fact that the one bro at the end is wearing shades doesn’t make this photo any more unsettling. It actually somehow makes things worse, because by the time you get to the end of the line, you have to deal with a white bro in Ray-Bans, which is probably the worst kind of white bro.