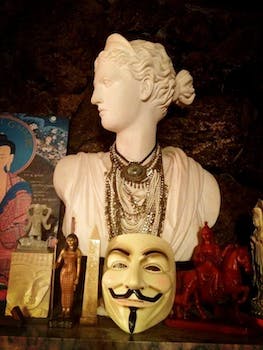 The only thing surprising about Anonymous taking on the banking juggernaut is that it hasn't happened sooner.

It’s flashback time in the world of hacktivism, as Anonymous once again takes on the Big Banks, just as Occupy did with Bank Transfer Day in November 2011. OpGm takes aim at the biggest, baddest, 1-percent-iest of them all – the hitherto-invulnerable Goldman Sachs, pilloried as the root of all evil, or at least a significant slice of the GDP of evil, in Matt Taibbi’s Rolling Stone piece “The Great American Bubble Machine.”

Goldman Sachs made major profits selling financial instruments it knew would blow up under the purchasers, clearing its own portfolio of the worthless paper and in the process contributing meaningfully to the real estate crisis which precipitated the current recession.

It’s thus not so much a surprise that Anonymous has decided to take action against the seemingly unstoppable investment bank.

Currently, OpGm has no goal more explicit than to take down the public Twitter feed and Facebook page of Goldman on Valentine’s Day by reporting them for spam/abuse, which seems for Anonymous to be setting the bar somewhat low.

It would be foolish, however, to rule out more ambitious goals being worked on behind the scenes. Late last week, SaudiAnonymous1 announced a live DDoS attack against the bank’s website for high-net-worth clients, which has not yet had noticeable effect. The website of the op, primarily in French, has instructions in multiple languages including Arabic, Romanian, English, Russian, and Greek, as well as images and graphics for a paperstorm, blog post, or social media share.

The Op, being French, is more focused on the damage Goldman did by profiting as various Eurozone countries slid into default than it is on the American real estate market, but when it comes to hating bankers, there’s really something for everyone.