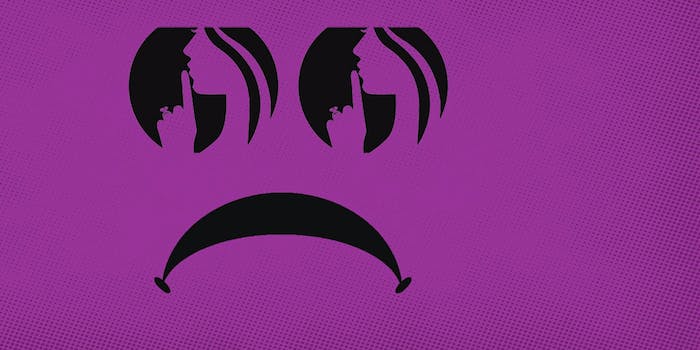 Ashley Madison doesn't want you to get lucky. It wants you to keep coming back.

The recent purge of data from adulterous friend finder Ashley Madison has revealed more than the extramarital fantasies of its 37 million registered users. Aside from the questionable value of identifying reality stars and government officials as cheaters, the data has also proven Ashley Madison to be an institution based on defrauding its user base.

While most dating sites are predicated on the false likelihood of success, Ashley Madison went beyond its competition to convince users they stood a real chance of having an affair through using the site; their team created fake profiles and sent new users messages to coax them into premium services. However, online dating services as a whole are predicated on some pretty big lies.

OkCupid, which has over 1 million unique users a day, promises to “work our algorithm magic to find people you’ll actually like.” eHarmony likewise guarantees “more quality dates with deeply compatible singles that truly understand you.” The overspecialized nature of many dating sites also builds up a promise these sites simply can’t keep—dating for farmers, dating for flight attendants, and dating for the one percent all promise to connect people with similar interests with far more assurance than they can stand to offer.

These promises, combined with the normalizing of online relationships, have had a massive effect on modern love: 59 percent of people say online dating is a good way to meet people, up from 44 percent a decade ago.

The truth is that the actual economics of dating sites don’t back up the likelihood that anyone will leave happy—particularly when it comes to straight people. The gender divide on dating sites is greater than found on typical social networks. Facebook, for example, has slightly more female than male users. Dating sites, however, are a comparative sausage fest. According to a 2013 Pew study, 13 percent of men have tried online dating, while only 9 percent of women have. The divide grows deeper when looking at location-based dating apps like Tinder—62 percent of Tinder’s users are men.

59 percent of people say online dating is a good way to meet people, up from 44 percent a decade ago.

For Ashley Madison, this is especially true. According to an analysis of the hacked data by Gizmodo’s Annalee Newitz, Ashley Madison is filled with a very active male user base encountering either inactive female accounts or bots created by the company. Of the 37 million accounts, only 5.5 million are marked “female” and only a fifth of a percentage of them ever checked their inbox for messages.

It’s one reason the company forced workers into long hours to create fake accounts to lure in new male users. Newitz describes Ashley Madison as “a science fictional future where every woman on Earth is dead, and some Dilbert-like engineer has replaced them with badly designed robots.”

This is hardly the tryst-heavy, judgement-free environment promised by Ashley Madison CEO Noel Biderman, who once called the site “a safe alternative” to traditional infidelity that might result in a lost job or lying to your scandalous lover about your marital status. Biderman knew Ashley Madison would struggle to retain female users from the very start—hence the website’s name. Biderman told the Los Angeles Times he and his initial team combined the two most popular female baby names at the time in an attempt to create a female-friendly atmosphere. Clearly it didn’t work.

The gender divide on a dating sites matters in ways it doesn’t on other social media platforms. While the statistics for gay sites and apps would likely look significantly different, opposite-sex dating opportunities are predicated on an even gender divide. On college campuses in the U.S., for example, a surplus of women and a drought of men has led to fewer and fewer couples meeting on campus. On a larger scale, Japan’s record-low birth rates is at least partially attributable to a female culture heavily bent on professional life and a male culture heavily bent on porn and video games.

Dating sites have the same problem—but caused by different factors. Men embrace the false promise of a matchup in larger numbers than women who, therefore, find themselves inundated with responses from men. This might be fine if many of these messages were not filled with harassment and threats, a well-documented effect of a syndrome known as “being a woman online.” Bye Felipe is an Instagram account devoted to screenshots of frightening responses to women from men, including threats of rape and violence.

And even when the responses aren’t violent, they’re still extremely discouraging. In an ill-fated 2014 experiment, one male Reddit user posed as a woman online. “Guys were full-on spamming my inbox with multiple messages before I could reply to even one asking why I wasn’t responding and what was wrong,” he reported. “ Guys would become hostile when I told them I wasn’t interested in NSA sex, or guys that had started normal and nice quickly turned the conversation into something explicitly sexual in nature.” After an onslaught of messages, he deleted his profile—in two hours.

If you’re a dating site, that’s pretty bad for business. Instead of encountering the problem of online harassment in a mature, forward-thinking manner, however, sites will often mimic the tactics of Ashley Madison to keep the male-heavy user base returning for more false promises. In his book Love In The Time of Algorithms, journalist Dan Slater found executives at companies like Match.com were only concerned with one principle: “Let’s keep this fucker coming back to the site as often as we can.” Like a freemium game on your smartphone, argues Slater, the online dating industry doesn’t want you to have eternal bliss as much as it wants you to keep coming back.

I’ve written before about the economic incentive dating sites have to make sure you never find a committed relationship. Once you’re in love, the argument goes, what reason do you have to keep your OkCupid profile updated? From a business perspective, the cure to this problem is to rely less on traditional dating services—think of heteronormative yuppie couples in eHarmony commercials—and more on so-called “hookup culture” outlets like Tinder and Grindr. By encouraging promiscuity, these apps have guaranteed a consistently returning user base.

Vanity Fair recently called Tinder and apps like it “the dating apocalypse” but really they’re just logical result of the same social economics that have forced dating sites into convincing their users they can provide a service they actually cannot. As I mentioned earlier, OKCupid and Match.com like to advertise the “science” or “algorithms” behind their services, but they largely seem to use data for the same thing Facebook does—to figure out how to keep you looking on dating sites forever.