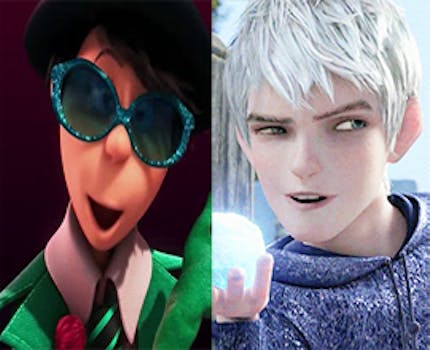 Fandom wars! The Lorax’s Once-ler and Rise of the Guardians’s Jack Frost

The Lorax's Once-ler and Rise of the Guardians's Jack Frost: Not gonna happen.

Once upon a time, two unlikely fandoms emerged from children’s films and then made out on Tumblr.

The 2012 children’s movie adaptation of Dr. Seuss’s children’s classic The Lorax might seem an unlikely source for a vibrant fandom full of adult content; but like many fandoms before it, this one focuses more on individual characters than the film itself. 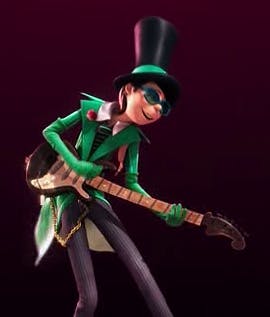 Fans of “the Once-ler,” a character from The Lorax, have skipped the film and headed straight to being fans of the character himself.

The close-knit community of fans in the “Once-ler” fandom features numerous ask blogs. An ask blog is basically a roleplay blog where the owner pretends to be the featured character and responds to readers’ questions.

The Once-ler (or, as fans affectionately dub him, “Oncie”) is a self-made man; over the course of the film, he transforms into what many characters call “the Greedler,” a suave but ultimately empty alter-ego. On the ask blogs, the Once-ler transforms into any kind of character fans want him to be. “Swag-ler,” the most popular of the Once-ler ask blog personas, practically has his own mini-fandom.

Ask blogs are by far the most popular type of fanwork in the fandom, but there’s also a newsletter, a wiki, a confessional, fanart, and fan fiction. Know Your Meme compares the unexpected audience for the film to the bronies. In a thorough comparison of the film to the book, Tumblr user cailencrow explains why he supports the Once-ler fandom despite not being a member:

The BEAUTIFUL part of this fandom, however, is the depth to which they’ve attempted to expand the movie’s lore. These people add to the film, add to the story of the Once-ler and the Lorax, and they build up a story that WOULD BE BETTER than the film. They help to recreate the morals of the book, they take aspects of the written Once-ler and apply it to the animated Once-ler.

While Once-lers may have gotten a negative reputation among other fandoms for objectifying characters who originated as moral lessons from Dr Seuss, they have a new PR problem, in the form of a new character from a new animated film: next month’s Rise of the Guardians.

Predictably, the character from the film who’s stolen everyone’s hearts is Jack Frost. 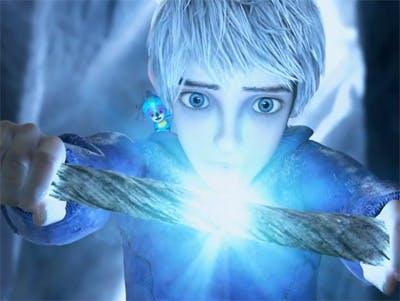 In recent months, a new group of fans have coalesced, calling themselves members of the Jack Frost fandom. Naturally, this rejection of the rest of the film, particularly since the movie isn’t even out yet, has made members of the Rise of the Guardians (ROTG) fandom draw inevitable comparisons to the Once-lers.

“I’m kind of worried (just a bit, ok) that the batshit part of the rotg fandom is just going to focus on jack frost… and neglecting the others even before the movie is released so i’ll keep tabs on that… and the whole ‘jack frost is once-ler 2.0’ thing is ridiculous,” wrote shooshington on Tumblr yesterday.

“[S]adly, many people think that since Jack Frost is attractive like the Once-ler, that the fandom will go crazy and ruin the movie,” echoed sramz.

Inevitably, the Once-ler fandom has responded by shipping Jack and the Once-ler together—that is, plucking them from their respective films and putting them together in a romantic relationship.

Yet before the inevitable “Jack/Once-ler” ship could truly sail, a series of anons snapped up what would be likely urls for the ever-popular ask blogs—with hilarious results. This Tumblr post collecting all the attempts currently has nearly 8,000 amused reblogs from both the Lorax and Guardians fandoms; but it hasn’t been enough to stop the rise of ask blogs anyway—one cheekily entitled “One of Many.”

“Jack Frost x Once-ler? No,” pled one fan on Tumblr, while another declared they were “ready to just ship the two fandoms together just for shits and giggles.”

Even if the Jack Frost/Once-ler fandom doesn’t gain the kind of popularity that their characters have individually won, there will still be a number of people willing to invest in it.

After all, to paraphrase Dr. Seuss—a fandom’s a fandom, no matter how small!

Correction: In the original version of this story, Cailencrow was incorrectly identified as a female Tumblr user. We regret the error.