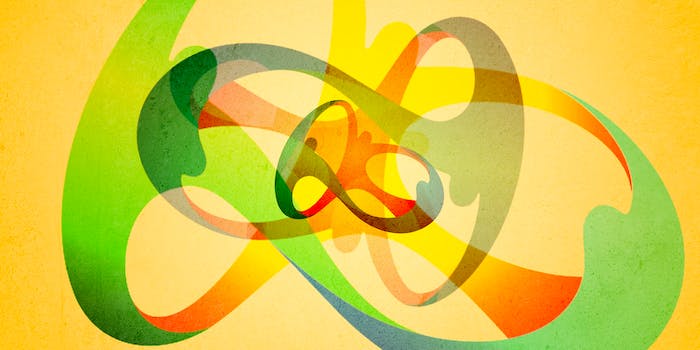 Have the Olympics been everything you’ve hoped for so far? Maybe they’re a little underwhelming. Perhaps you’ve been making some Olympic-themed memes. However you’re celebrating the games, just don’t use #Rio2016—or you might just have to answer to the wrath of Rule 40.

You’re probably thinking to yourself, “wait, I’m not supposed to be using the Rio2016 hashtag?” That’s right, buddy. Apparently the U.S. Olympic Committee has decreed that all non-sponsors are forbidden from tweeting about the games, retweeting from official Olympic Twitter accounts, and even plugging a #Rio2016 or #Olympics into your tweets.

This is all under Rule 40, a by-law in the Olympic Charter which pretty much prohibits anyone other than official Olympic sponsors from using the hashtags in hopes of cracking down on thirsty (yet unsupportive) brands drinking up those ad dollars. That official #Rio2016 used by the official Rio2016 Twitter account can only be used by official entities. Gosh, Rule 34 is much more fun.

If you are indeed breaking this very, very strict by-law, there’s somebody that’ll come after you: The Rule 40 Twitter account.

Although it looks like it’s probably a bot, a closer look might reveal otherwise. People are using #Rio2016 non-stop if you check out the live tweets category, but Rule 40 only looks to be tweeting back at people every so often. As of Saturday morning around 11:30am ET, there’s only 44 tweets.

Also, it looks to only be reprimanding people who are tweeting in English. Most of the people getting scolded are your run of the mill normal people just sharing their thoughts about the Olympics. But Rule 40 is also coming after some pretty big personalities, including a presidential candidate, the Pope, and a Victoria’s Secret model.

Even these celebs aren’t official enough to be using the hashtag. Further evidence that it’s not a bot even though it’s using #RioBot is the fact that the first tweet was to the Pope and differed slightly from the messages its putting out more recently, swapping out “terms” for “guidelines.”

Obviously the Twitter account itself isn’t officially tied to the U.S. Olympic Committee, but that doesn’t mean it won’t help the organization help fight off such a major problem. The peons should be barred from using the likeness of the Olympics unless they, you know, dump tons of money into the games.