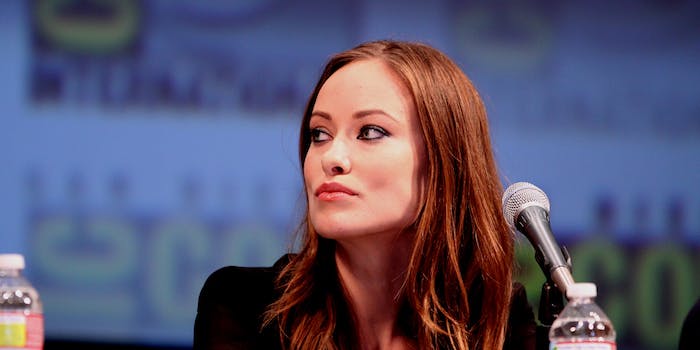 Actress/filmmaker Olivia Wilde has been tapped to direct a female-led Marvel spin-off at Sony. The script will be written by Katie Silberman (Booksmart), and while Deadline didn’t confirm the film’s title or concept, it’s almost certainly about Spider-Woman. Olivia Wilde responded to the news on Twitter by posting a spider emoji.

This film joins an ever-expanding franchise of Spider-verse movies at Sony, including Venom and the upcoming Morbius film with Jared Leto. Tom Holland’s Spider-Man heads up the franchise, but while his character crosses over into Disney‘s MCU, the other spidey-spin-offs are effectively in a separate universe.

Sony owns the rights to Spider-Man and his supporting cast, which includes a surprisingly deep pool of characters to choose from. Several other titles are currently in development at the studio, including spin-offs for Madame Web, Black Cat, and Silver Sable, the latter of which will be produced by The Old Guard director Gina Prince-Bythewood.

Better known as an actor, Munn made her directorial debut last year with the coming-of-age comedy Booksmart. While Booksmart didn’t do very well at the box office, it was praised by critics and quickly gained a cult following. It’s no surprise that studios were seeking her out to make a blockbuster franchise movie, especially considering the desire to recruit women to direct films with female leads.

Wilde, Silberman, and Spider-Man franchise producer Amy Pascal are already working on what Deadline describes as a “Christmas buddy film” at Sony, so this spin-off would arrive a couple of years down the line. If it does turn out to be Spider-Woman—most likely the Jessica Drew version—then this would mark the character’s live-action debut.