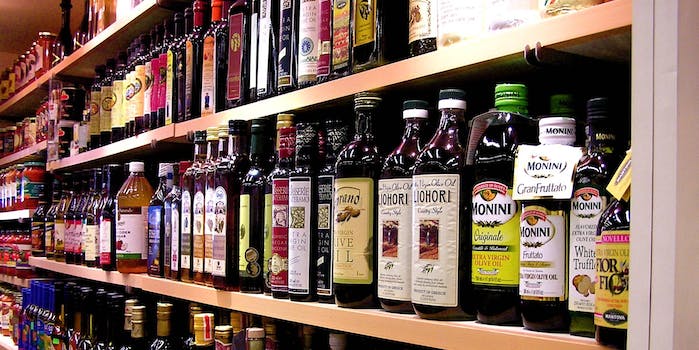 Olive oil hairspray is a pretty clutch beauty product. It’s the pièce de résistance after a long day at the salon and a great way to moisturize your hair without sacrificing style, unlike most water-based products.

You know you're finally done when your stylists breaks out the Olive Oil Sheen Spray #blacksalonproblems pic.twitter.com/WCYsivlE9N

Shoutout here to the hilarious hashtag #BlackSalonProblems, which a whole lot of amateur chefs never bothered to read, because that same stellar hairspray has somehow made its way into kitchens.

According to BuzzFeed, this is a global issue. A 20-year-old from London recently stumbled on a can of ORS Olive Oil Sheen Spray in a friend’s kitchen while attending a BBQ.

Just look how prominently, proudly displayed this beauty product is on that pantry shelf. It’s like the can is a king looking down on its underlings while you fry bacon in your underwear.

The problem of people using hairspray as cooking spray dates back to at least 2011. A similar product ended up right next to the canola oil at a Walmart in Huntsville, Alabama. What a steal at that price, though.

Why is the oil sheen next to the cooking oil….only wal mart in huntsville https://t.co/6y4IlKV

It should go without saying that, as with most hairsprays, this product is incredibly flammable and probably not the best to cook with. Hell, it’s even kind of poisonous thanks to lanolin included among its ingredients.

And unless your grocery shopping experiences are more like the final round of Supermarket Sweep, there’s not a whole lot to miss when the last word on the front of the bottle is literally “hair.”

All these articles on how people mistook ORS Olive Oil Sheen Spray for cooking oil. Can they not read the packaging? pic.twitter.com/BevULWKezy

Either stick with Pam or some other basic product or get so hooked on the ‘spray that it drives the price of beauty products down. Those of us reliant on pricier products to not look like a wet poodle would seriously thank you.