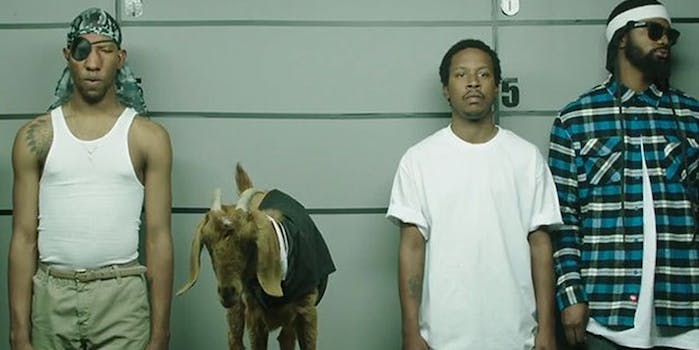 To call it the “most racist commercial in history” is obvious hyperbole. And to look at it without context is a mistake.

To call it the “most racist commercial in history” is obvious hyperbole. And to look at it without context is a mistake. But mostly, the infamous Odd Future Mountain Dew commercial that was removed from the Web yesterday in a flurry of PepsiCo apologies is also just not funny.

Odd Future is a young hip-hop collective from Los Angeles, known for their homophobic, misogynistic lyrics; de facto leader Tyler, the Creator, is the one who directed this Mountain Dew spot. The group rose to popularity about three years ago. Odd Future acts like they don’t care about anything. They push buttons. They love controversy. They flash Donald Trump. Their sketch show on Adult Swim, Loiter Squad, can be very funny, but it mostly contains half-ideas that indicate the crew is afraid to really say something important because it’s not “cool.” Instead of going for the jugular, they often back off of the real joke at the last minute with a careless shrug. If you’ve seen the show and know their public image, this commercial is exactly the kind of video Tyler, the Creator, would make. 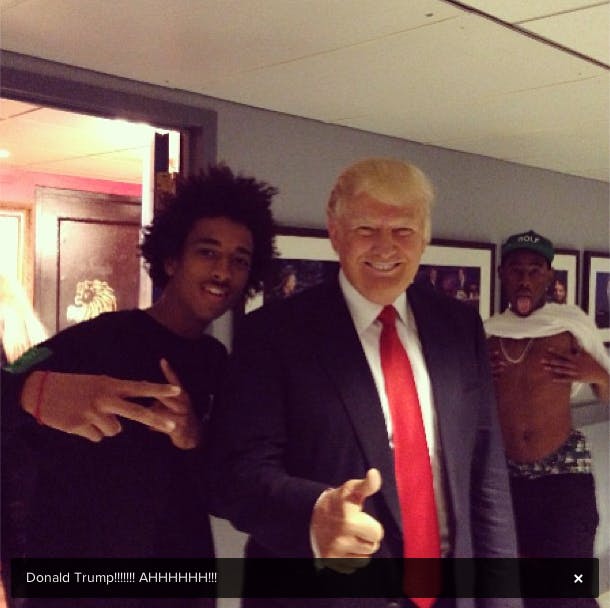 All this might be why the ad is a flop, but it’s also exactly what critics are missing. You can’t understand this commercial without first understanding Odd Future. Did Mountain Dew just hire Tyler to direct an ad without knowing what Odd Future does?

The banned commercial shows a battered white woman picking through a police lineup of cartoonish black men—the members of Odd Future in costume, dressed up as what racist white grandmothers might think all black men look like. Then a goat, the real perp, tells her not to snitch on him or else.

The Internet outrage stems from the depiction of a white woman going through a lineup of black men, but it’s almost more offensive how unfunny, tired, and unimaginative the idea is. It’s a familiar sight to anyone who’s watched Law and Order, and yet that show remains on the air uncontested.

So at first, it’s a racial sight gag. I initially thought the joke was going to be that even though the assailant was clearly a goat, some white detective still managed to round up a few black guys to fill the lineup. A sad, on-point truth worthy of satire.

But that’s never made clear. When Odd Future plays with racial stereotypes here, they’re being provocative on purpose but then failing to take responsibility for what they’ve started. They play lightly with the controversial trope, but don’t earn anything by finishing the joke.

Here’s an alternate reading: The white detective character is a villain who just wants to nail a black suspect and go home, who doesn’t care about justice. He pushes the white woman to choose the one “wearing the doo-rag,” even though she probably described her assailant as “a literal goat.” There’s pressure to misidentify in a racist fashion, which is something terrible that really happens in real-life police lineups.

If we want to give the group the benefit of the doubt and endow them with that level of self-awareness, you could say Odd Future is reflecting a mirror back on society. Is this a case of the offended party not understanding the parody, or not getting that we are the ones being lampooned, and jumping to outrage about the wrong problem? I really think it could be. The fact that people are so mad about this commercial, but don’t organize to change the fact that this is really what goes on in our legal system, is a case of misdirected anger. Maybe, I hope, that was the point of the ad all along. (Beyond, you know, selling soda.) 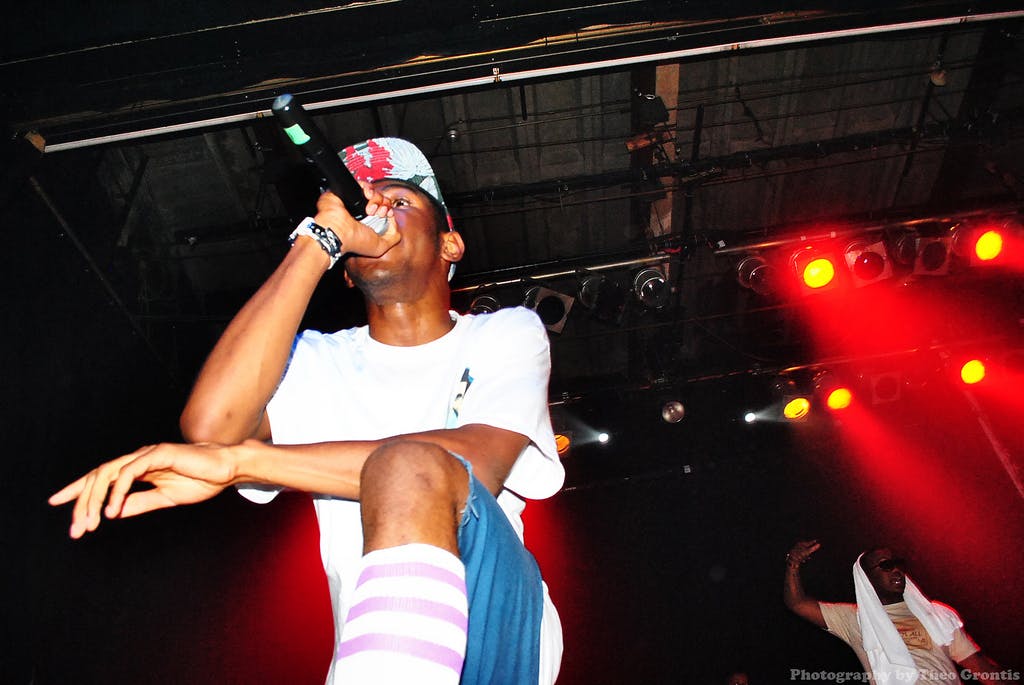 Or is it also a case of Tyler, the Creator, once again being tone deaf and blankly controversial (see: his lyrics)? Does he not understand the ugly history of black men being compared to animals? Or does Odd Future just want to appear like they don’t care? It could be this too. If the commercial were actually funny, it might have played as satire. But as is, it’s a clumsy joke that could have had something important to say and instead takes an immature leap and misses the mark. Odd Future to a T.

It’s also scary and sexist, too. It’s not “the most sexist commercial in history,” because I’d argue most commercials for women’s products are sexist but in a less overt, more sinister way. Odd Future at least went obvious with it. Commercials for tampons, yogurt, birth control, mascara, etc. are more subconsciously condescending. (Even that Dove commercial so lauded for showing “true beauty” was super-patronizing.) Those commercials teach women to be jealous of and hate their friends, to treat their husbands like doofy idiots, and to be insecure about how they look. (Are your eyelashes too short? Are you getting laugh lines?) The difference is that we deem this sexism to be OK.

But Odd Future doesn’t get it here either. Their take is just disturbing. Having the goat suspect threaten a battered, scared victim—if she talks, he’s gonna “do her up” again—is triggering as hell (again: not funny). Because this is also a real thing. Even when the detective encourages her to ID the goat, she’s too scared. She can’t do it. Her assailant will walk free. And then the “joke” just becomes sad instead of good parody.

Dave Chappelle, when he was at the peak of his Chappelle’s Show fame, was making stuff more or less along these lines, twisting and turning racism to point out our own glaring prejudices. But Chappelle was never deemed “too offensive” because the comedian was, above all, undeniably FUNNY. He showed us disturbing truths, but his segments were well-crafted comedy. And that’s what this ad lacks.’

Tyler’s manager agrees that the spot is more layered and contextual than it appears. He even cites Dave Chappelle:

Contrary to what many may discern from this Tyler is the embodiment of not judging others, his delivery may not be for everyone (which is true for anyone who pushes boundaries) but his voice is nonetheless important to the conversation since his demographic understands what he ultimately stands for and sees the irony of it all.

Is the Odd Future commercial racist? Yes. Is it sexist? Yes. Is it disturbing? Yes. Is it classic Odd Future? Most definitely. Is it also worth looking at without a knee-jerk reaction? As showing us how we are actually the racist, sexist, desensitized ones? I think so. Is it fascinating that people will rally to get a commercial taken off the Internet but won’t lift a finger for prison reform? Endlessly. But mostly, is the commercial just not funny enough satire to make its point and therefore languishes as racist and sexist? Yes. And there’s the reason it got taken down.

Screenshot via the AV Club