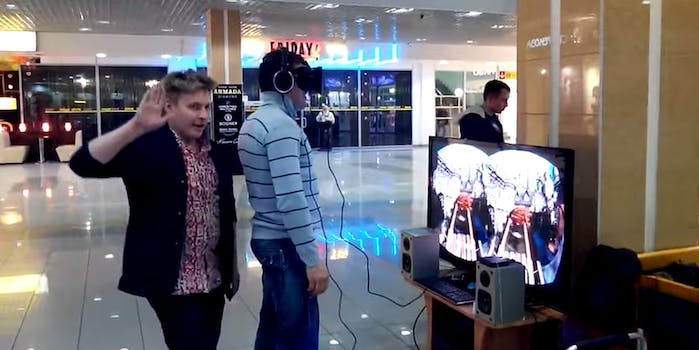 What happens when virtual reality is given a hard shove into “reality”? One unlucky Russian teenager found out when he decided to try out an Oculus Rift in a local shopping mall.

The video above shows exactly what happens when you become a little too lost in the virtual world that the Oculus Rift creates. The young man appears at first to be mesmerized by the roller coaster simulator. In fact, he is so engrossed in the program that he has no idea that his friend is preparing to add a fourth dimension to the experience.

While the inevitable freakout was certainly expected, the volume—and duration—of his brutally hilarious screams was probably not. At least he didn’t throw up.