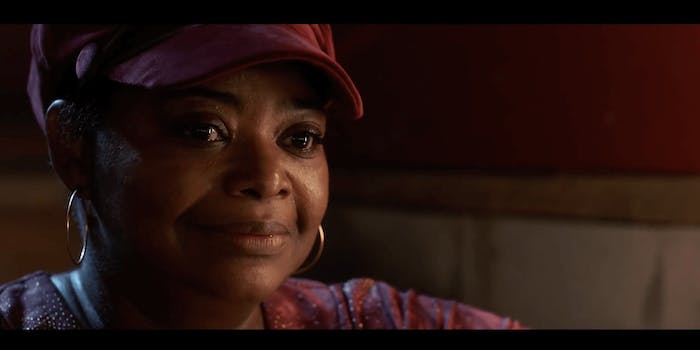 The horror film didn't necessarily excite fans, but the 'Ma' memes have been hilarious.

Octavia Spencer starring in Blumhouse’s horror feature Ma last year was the actress trying to wipe some of the Oscar shine off her name, as an attempt to widen her brand as a performer. It didn’t necessarily knock the socks off audiences or critics, but it did cast Spencer (who was not the film’s core problem) in a new light.

The Ma memes became fun for a while, at least until the film was actually released to little fanfare and beyond its unintentionally hilarious trailer. What was the movie about with such bizarre marketing and such an open-to-interpretation title? The fun was in photoshopping your best guest.

However, this weekend, the film and its memes gained new energy after the Truth Be Told star apparently found (or was informed about) the Ma memes.

And guess what? She couldn’t get enough of them—so much so, she started posting them to her Instagram.

Spencer’s next big (and likely award-nominating role) will be as the first Black woman mogul, in the Netflix biopic Self Made: Inspired by the Life of Madam C. J. Walker, which releases March 20.