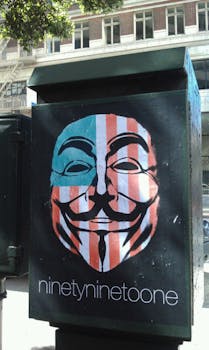 Redditors debate what really happened when police and demonstrators clashed at an Occupy San Francisco protest.

In a grainy YouTube video posted last week, Occupy San Francisco protesters yell obscenities at police while being told to move off the street and onto the sidewalk.

A police officer shoves a protester toward the sidewalk, the man shoves back. The police officer then strikes the protester with his baton and is taken to the ground while a group of onlookers yell “police brutality” and “everybody’s watching.”

The video was the subject of a front page Reddit post this morning where thousands of people discussed who was in the wrong and what these videos mean for the month long Occupy Wall Street movement.

“Nothing justifies what the cop did to that guy. . . but the guy did take a half-assed swing at the cop, or at least reached out to push the cop,” wrote Devils_Advocado. “Again, I don’t think this justifies the cops reaction, but at that point they are just waiting for an excuse to arrest and to find any claim that you attacked them. And this guy gave them that excuse.”

Last week’s protest is part of the nationwide movement that started on Wall Street, the symbolic heart of the U.S. finance industry, and spread to Washington, D.C., Austin, San Francisco, and other cities across the nation. The demonstrations aim to bring attention to the excesses of big banks and social policies that favor the wealthy, according to many protesters.

But videos like these have captured redditors’ attention and left many feeling sympathetic toward police and ambivalent toward the movement.

“Almost all of these videos I see of ‘police brutality’ are provoked in some way. You never actually end up seeing the provocation because ThinkProgress or Alternet only publish the cop beating the shit out of someone and not the kid pushing or trying to punch the police,” wrote idiotbard. “It’s kind of like going up to the biggest obnoxious asshole in a bar and telling him to go fuck hisself. Yes, it’s wrong for the guy to beat your head in, but he was certainly provoked and you can’t claim to be a completely innocent victim.”

While many protest videos have gotten a huge amount of traffic online, especially YouTube, only a few have gotten mainstream media coverage. It’s unclear why, but it could be because the videos are generally poor quality and lack context, making it difficult to determine who is committing the crime.

On the other hand, it could be that mainstream news sources largely ignored the movement—which began online, after all— until recently. Or maybe coverage of the protests is just starting to pick up steam. Either way, protesters and others worry that by ignoring the videos altogether, police and protesters won’t be held accountable for their actions.

And if the video of women being pepper sprayed by police has proven anything is that lawyers, law enforcement officials, and redditors are taking these things very seriously.