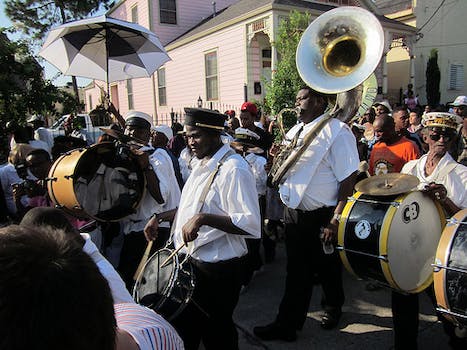 New Orleans-based groups are pushing back against free speech restrictions the city has imposed during the run-up to Super Bowl XLVII.

In the run-up to Super Bowl 47 on February 3, an Occupy group has agitated with some success against host city New Orleans’ attempt to outlaw distracting expressions of free speech.

Mayor Mitch Landrieu’s administration has instituted a “Clean Zone” in the downtown area to take effect today that would restrict the ability to fly a flag or post a sign, of any kind, to National Football League sponsors only.

According to the City of New Orleans, the Clean Zone is “a temporary designation that seeks to protect the quality of life for residents and assists businesses in thriving during the National Football League’s Super Bowl XLVII.” It is a requirement by the National Football League of any city agreeing to host the game, and similar restrictions are often found in large events agreements.

Additional aspects of the titular cleanliness include securing the absence of unpermitted musicians, singly and in groups, who otherwise might take to marching right down the middle of the streets making a racket, and protecting consumers from ne’er-do-wells peddling overpriced junk to gullible tourists. (For “ne’er-do-wells” read: “unauthorized vendors.”)

Breaking Clean Zone rules will get you up to a $500 fine and as many as six months in jail.

In a statement on Firedog Lake, a representative of Occupy the Stage (aka Occupy NOLA) wrote:

“(T)he Clean Zone, which included most of the CBD, all of the French Quarter, most of the Marigny and many of the surrounding neighborhoods is traditionally a public forum… The City, through the Clean Zone Ordinance and Guide, had effectively established two classes of speech: permitted NFL-branded speech and excluded non-NFL-branded speech. This censorship was simply unacceptable. Moreover, the Supreme Court has noted, ‘the loss of First Amendment freedoms, even for minimal periods of time, unquestionably constitutes irreparable injury.’”

On behalf of Occupy member Tara Jill Ciccarone and Pastor Troy Bohn of Raven Ministries, a street-preaching group, the American Civil Liberties Union filed a lawsuit against this code and, on January 24, U.S. District Court Judge Kurt Engelhardt granted a temporary restraining order against part of the Clean Zone restrictions.

The restraining order pushed the Clean Zone’s non-commercial signage restrictions out of the Central Business District, French Quarter, Marigny and other neighborhoods where it originally ran, and restricts it to an area directly around the Superdome.

“The City has currently offered some tremendous concessions in order to get rid of the lawsuit,” claimed Occupy. One of the concessions they’ve made is to apply the provisions of its signage restrictions only to commercial speech.

However, Occupy lists several other issues it still hopes to address, including cab driver exclusions; Mardi Gras parade krewes’ loss of charity money due to having to parade early to make sure “the focus stays on football”; the $6 million spent by the city on NFL branding; and the use of volunteers to do jobs New Orleanians in the hospitality industry would otherwise have been paid for.

As sometimes happens in activist-led actions, the musicians and vendors on the street may be less invested in the fight, not because they don’t care, but because their lives are a daily fight to keep the cash coming in.

Earl Scioneaux III, a New Orleans recording engineer, producer, musician and the sound engineer for Preservation Hall, told the Daily Dot he has seen “very little” push-back on the Clean Zone by musicians he knows.

“I think it’s largely due to lack of knowledge,” he said. “On the one hand, if the French Quarter were flooded with advertising, it would suck, and in that way the Clean Zone is perhaps doing some good.  On the other, I dislike the fact that I can apparently be arrested if I decide I want to hang out in Jackson Square, a public space just six blocks from my house, at 2 a.m.”

If Katrina and its associated neglect, benign and active, could not do the city in, perhaps it’s inevitable that something as small as the Super Bowl isn’t seen as much of a threat in the long run by those who do the real work of culture and economics in the easy, breezy, fresh and fruity, cruciform contact high of the Crescent City.

“No matter what the ordinance,” said Karen Dalton-Beninato, journalist and co-founder of the New Orleans Musicians Relief Fund, “odds are locals will still be selling bottled water out of a cooler and working the ‘I know where you got them shoes’ grift somewhere within the Clean Zone.”