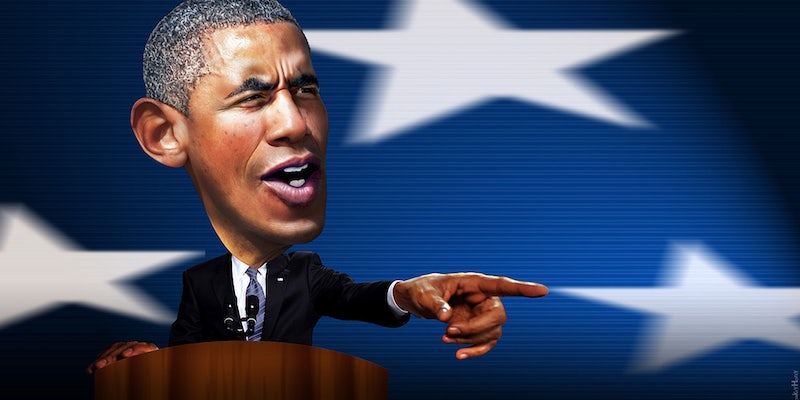 After a number of Web glitches, Obamacare isn't just running smoothly. It's a major success.

From Hillary Clinton to Marco Rubio, the upcoming presidential race is heating up, with candidates announcing their bids left and right. But before we get ready to elect a new president, let’s take another look at our current one.

New evidence indicates that nearly nine in 10 adults in this country now have health insurance, partially as a result of the Affordable Care Act (aka “Obamacare”). In total, it’s estimated that 14.75 million adults have secured coverage since open enrollment first became available in the fall of 2013. Latinos, African Americans, and those who make less than $36,000 a year benefitted in particular. Moreover, though economic recovery has surely helped to increase the rate of coverage, there are now more people insured than there were before the downturn in 2008, suggesting that Obamacare has played a large part in the trend.

Despite these numbers, Obamacare’s survival remains from certain after numerous technical and political challenges. First, there was the disastrous, tech-illiterate rollout. But as those bugs get fixed, Obamacare still hasn’t been widely implemented in more conservative states like Florida and Texas, who refuse to accept the combined provision to expand Medicaid for low-income adults. Obamacare’s purpose is to subsidize private insurance for people who can’t get job-based coverage, but individuals like the Koch brothers continue to campaign against it. There’s also a Supreme Court challenge facing the law, which will be heard this week.

Nevertheless, it’s time to admit that despite the opposition, right now, Obamacare is working.

Obamacare is working. It's time we stop trying to destroy a law that is helping millions of Americans. http://t.co/qF7Md7uUfJ

In Obamacare’s first year, New York magazine’s Jonathan Chait reported that the rate of uninsured Americans had already dropped by 30 percent, on top of which, states that participated in the Medicaid expansion found that number had dropped by 36 percent. Beyond that, he found overall healthcare costs had dropped to historic lows, too.

Then there’s the matter of hospital errors. “The old Medicare system reimbursed hospitals for every procedure,” writes Chait. “This meant they had a perverse incentive to do a bad job taking care of their patients—a patient who developed an infection or needed re-admission would produce a second stream of revenue for the hospital.” So how did Obamacare change this? Chait goes on to note that “a new report finds that hospital-acquired medical conditions has fallen by 17 percent since 2010.” He writes, “This has not only saved huge amounts of money, it has also saved 50,000 lives.”

Obamacare has also reformed insurance competition. Based off an old plan developed by the conservative Heritage Foundation and first put to use by Mitt Romney, in his time as Governor of Massachusetts, the idea was to encourage insurance companies to attract customers by creating “an open, regulated marketplace would bring prices down,” as Chait puts it. And though Republicans have largely towed the party line and abandoned the approach that they helped create, insurance rates in lower income areas are indeed rising at a much slower rate than they were before Obamacare existed.

It’s estimated that 14.75 million adults have secured coverage since open enrollment first became available in the fall of 2013.

Jonathan Cohn ran a similar piece in the New Republic last year, which covered several other areas in which Obamacare had begun to make improvements. In addition to the greater percentage of people with insurance, Cohn notes that premiums are barely rising since Obamacare went into effect, and that overall healthcare costs are rising at a lower rate, too. Furthermore, he asserts that Obamacare has turned out to be quite fiscally sound: “For every dollar in new spending, there is at least one dollar in either new revenue or new spending cuts. The net effect, according to the Congressional Budget Office, is to reduce the deficit.”

There are now more people insured than there were before the downturn in 2008.

This year, Steven Rattner detailed the ongoing positive effects of Obamacare for the New York Times. The law dictates that all healthcare must meet minimum standards for coverage and that the eight million Americans signing up outside of Obamacare exchanges will likely benefit in 2015 from newly upgraded plans. Rattner discovered that in the states that did accept the Medicaid expansion, the number of uninsured has significantly decreased, without disrupting the 50 million elderly who are covered by Medicare. In addition, it’s likely more employers will drop coverage for their workers, in order for Obamacare to provide them better health insurance through exchanges.

Ultimately, it is the sheer amount of Americans who are insured now that weren’t before that proves Obamacare’s success. The statistics do not lie. Only 13.2 percent of Americans now lack coverage, compared to the 20.3 percent of U.S. citizens who were uninsured before the law was enacted. Over two million young adults between the ages of 19 to 25 now have health coverage, which is staggering considering the law allows you to stay on your parents’ plans until you turn 26. And in families with incomes of 138 percent of the poverty rate or less, the rate of the uninsured dropped 13 points in states that expanded Medicaid coverage.

The results are in. To dismiss Obamacare at this point is not merely ignorant, it’s irresponsible. If the Supreme Court sees fit to tamper with the Affordable Care Act as it currently exists, families across the country will lose their health insurance at alarming rates. Obamacare is not perfect, and it will take years to iron out all the kinks. But no matter how opponents try to spin it, Obamacare is working, and it will continue to work if we let it. The purpose of the Affordable Care Act was to make insurance cheaper and to lower the rates of the uninsured. It has done that. Healthcare in this country has long been a disaster, and while Obamacare is also messy, it’s a necessary mess if we ever want to clean up our insurance system.

Don’t believe the conservative hype. The debate has shifted in the Affordable Care Act’s favor. Obamacare is working. And anyone with a little bit of sense should be able to see it.