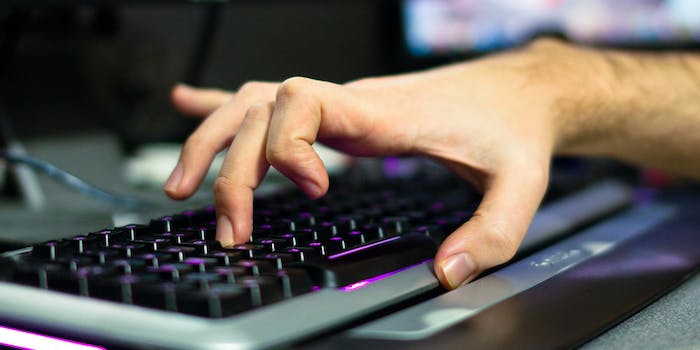 With TechHire, the president has made it clear that he plans to make a bold mark on America's tech future.

On Monday, President Barack Obama announced the launch of a multi-part initiative in the United States to increase hiring in the technology sector, address stagnant wages, and stimulate the economy. New program TechHire will be funneling millions of dollars in grants toward job training and placement in the tech industry. The social benefits Americans can expect from the program are considerable: It will reshape not just the face of the tech industry, but also America at large for years into the future.

Under TechHire, 20 pioneering cities with an almost 120,000 open jobs in the tech sector will be partnering on fast-track job training, getting people into positions in the industry and helping them acquire the skills they need. The government plans to dedicate $100 million in grant funds—drawn from H-1B visa fees—to training initiatives that focus on minorities with limited skills, helping them develop professional training they can use to apply to highly competitive jobs. Within the private sector, TechHire is going to drive opportunities like programming “bootcamps” aimed getting people like veterans and women into the coding chair.

Here are just 7 things we can look forward to from Obama’s new tech plan.

This is one of the primary stated missions of the initiative, and the value can’t be understated. Getting more minorities in the workplace will create a ripple effect in their communities. Black Americans, for example, typically face an unemployment rate nearly twice that of whites. Addressing the racial unemployment gap will mean fewer home defaults, access to economic benefits, and increased ability to afford college. In addition, it will tackle the ever-widening racial wealth gap.

According to the Guardian, “more than half a million [of the unfilled jobs in the U.S.] are in fields such as software development, network administration, and cybersecurity.” More of those jobs should be going to minorities, who can face discrimination and exclusion during application and selection phases and are often the first to go when companies downsize or shift employees. Turning them into people with valuable, extensive, and expensive training makes them a valued human resource.

The H-1B visa program for bringing foreign workers into the country has exploded in the tech industry, with 172,500 applications for 65,000 slots in fiscal year 2015. Bringing skilled foreign workers into the country isn’t wrong, but keeping those jobs at home will create more economic growth in the United States. Instead of relying on the highly trained talent of other nations, we could be creating our own—and reserving the H-1B program for its original purpose, which is to bring in highly skilled professionals with unique training, such as notable professors.

Moreover, excessive reliance on foreign workers is creating a bizarre form of brain drain as people enter the United States on an H-1B, stay to acquire job skills and build their resumés and then return home to apply their skills. They’re taking their training and experience away from the United States to build their own companies and become competitive in the job market. These workers put the U.S. at an economic disadvantage as skilled workers leave as soon as they can and found or start working for companies in direct competition with U.S. firms.

As the United States falls behind on innovation, educational achievement, and technical training, other nations are surpassing us. Numerous countries are growing strong tech industries of their own and creating domestic products to generate their own economic growth. The U.S. economy will benefit if it can export products, and labor, to other nations—and this will also increase the country’s standing among developed nations.

Lagging behind in terms of technological innovation makes the United States a less desirable place to work, live, and do business with for people and companies from overseas. Expanding the tech industry will offer benefits like encouraging foreign firms to open offices in the U.S., creating more domestic jobs and better ties with international allies.

4) Contributing to job and wage growth

Another stated goal of the initiative involves not just job growth—filling empty jobs in the tech industry and generating new ones—but also wage growth. With more and more trained people entering the industry, tech industry wages will be going out to more people—and as training increases, they’ll have to start pushing those wages up to attract top talent, especially for competitive positions.

Tackling U.S. unemployment is important, but the situation in the tech industry illustrates that open jobs don’t always equate to filling jobs, because sometimes companies can’t find the talent they need. By creating that talent, we can bring unemployment numbers down, creating more workplace participation, reducing strain on social benefits programs, and boosting the economy as a whole by increasing spending as well as borrowing for purchases like homes.

5) Opportunities for social development and a growing middle class

Creating job growth among women, people of color, disabled people, and other groups like veterans and women with young children will increase social mobility. Poverty often becomes a vicious cycle in the United States, creating intergenerational financial problems as people struggle with limited education, chronic health conditions caused by poor access to health care, and other issues. If this cycle is interrupted with high skills training, people currently struggling at the cusp of poverty can finally help themselves and their families. President Obama described the program as a “ticket to the middle class.”

Think of it as push up, rather than trickle down, economics. Families given a boost and the training they need to stay where they are will build their own opportunities and pass the benefits on to their children. As more people are enrolled in TechHire, the U.S. can address the 15 percent of the population currently living in poverty with a program that will use positive means to address poverty, rather than punishing people with moves like capping welfare benefits and limiting disability support services.

Tech culture—not just in Silicon Valley—has a significant “bro” problem, as firms tend to hire white, male programmers in their 20s and 30s. This tends to be compounded when people spin off from their original employers to form startups, turning to their friends to build their core workforce. At NPR, Elise Hu writes that “the consequence of starting a pattern of white males-only rooms is that patterns tend to repeat themselves; after patterns and norms are well-established, it would take a lot of imagination for some of the boardrooms and lunchrooms in Silicon Valley to try to look or feel drastically different.”

The tech industry can feel extremely hostile for minorities—women, for example, cite repeated problems with sexual harassment on the job. Many people of color feel uncomfortable at work, so their participation in the industry is relatively low—and some are victims of “techsploitation,” in which foreign workers are brought to the U.S. with promises of riches and then subjected to degrading conditions and low pay. Disabled people are also underrepresented, as they are across the U.S. economy.

Job training initiatives will create an incentive to cast a wider net when recruiting, which will change workplace culture; if half a workplace, or more, is female, for example, it disrupts sexist attitudes and builds a safer community for women programmers and other tech experts—which will, in turn, make a company more appealing to future female applicants. In addition, it will increase minority representation in executive positions. Companies like Google still have an executive culture that’s white and male-dominated.

A good tech skills initiative can be only so successful if it focuses on people after high school graduation who have limited skills and thus barriers to job placement. To be truly effective, it needs to start in K-12 education, with a better grounding in math, science, and technology for all children. That means increases to education funding, reform to improve the way these subjects are taught, and outreach measures for people who often turn away from STEM careers; girls, for example, often believe from an early age that such careers are closed to them.

While TechHire doesn’t currently have any educational programs for K-12 settings, this may change in the future, or the Department of Education may recognize the gap and start developing some supportive tools of its own, like equalizing funding across wealthy and poor districts to ensure that no matter where children go to school, they get a fair shake at a good education. Even if students graduate and don’t go into technology, they’ll have a greater chance at getting into college for other subjects and succeeding in other careers, which will also benefit the American economy.

There’s a lot to like about TechHire if it’s implemented well. Americans will have to see if the president and U.S. government can turn an optimistic press release into a functional reality.