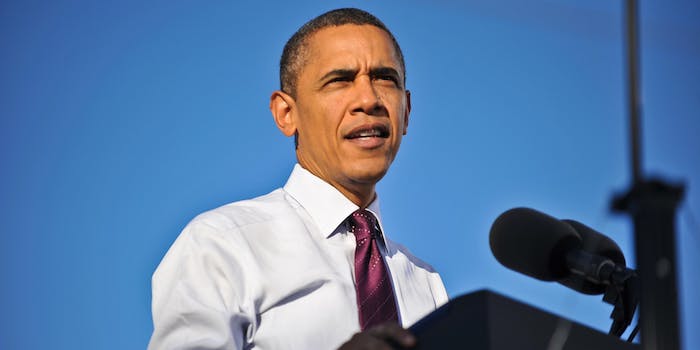 Such a dad move.

Leading the free world, jumping into helicopters and fist-bumping adorable children—all in a day’s work for President Barack Obama.

CNN reports that as the commander-in-chief emerged from the White House on his way to hop on Marine One, he strolled on over to the press pen and gave 4-year-old Luca Martinez a fist bump. Martinez had accompanied his father Pablo, a photographer for the Associated Press, to the South Lawn on Saturday to see the helicopter take off.

Luca was wearing goggles to protect his eyes from the flying vehicle’s lift into the air, giving him a superhero-esque look.

Here’s a play-by-play of the epically adorable moment:

Obama spots Luca. “Gonna make this kid’s day,” he thought to himself. 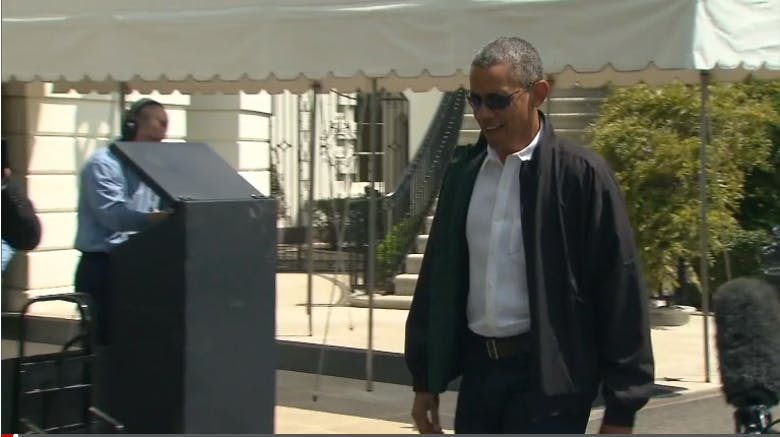 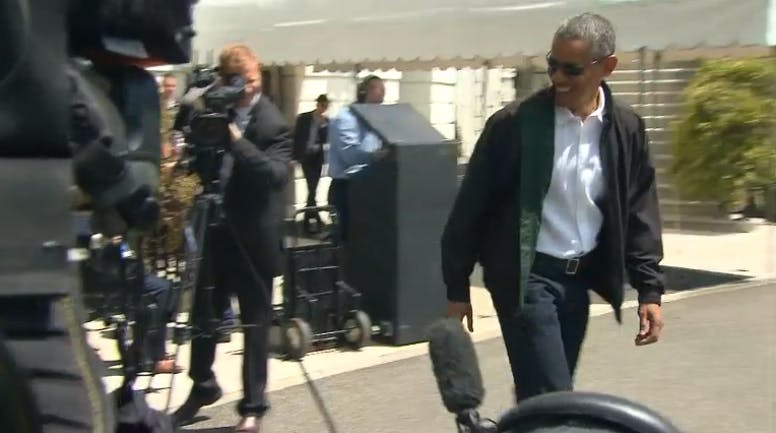 This isn’t the first time Obama has humored the youth. Back in 2012, he played along with a 3-year-old boy dressed up as Spider-Man. The president also struck the iconic “not impressed” pose with gymnast McKayla Maroney. And he’s father to some of the coolest teens around, Sasha and Malia. 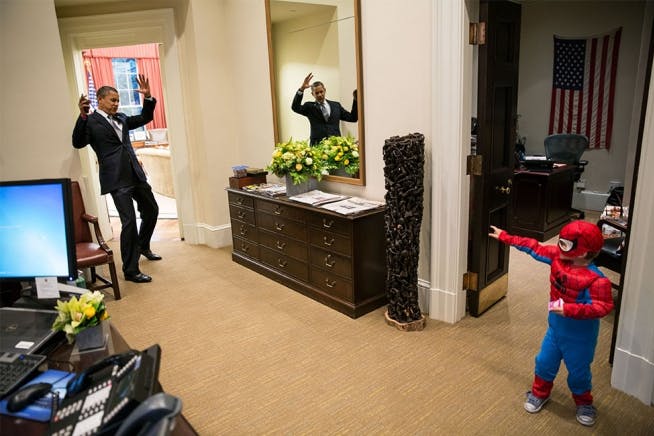 Maybe once his term is up he can open a daycare center.