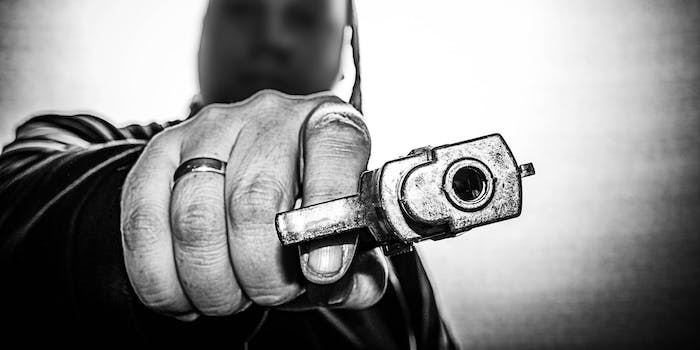 Oakland residents have raised thousands of dollars to combat skyrocketing crime while the government is shut down.

While Chicago may be the murder capital of America, Oakland residents have raised thousands of dollars to make sure their city doesn’t become the robbery equivalent.

Three different Crowdtilt campaigns have been started in the past two weeks to hire private security firms to patrol their neighborhoods.

“Many of us have been working with the police department, contacting our public officials, looking out for our neighbors, and participating in block and community organizing activities, like our Neighborhood Crime Prevention Councils. Yet crime is getting worse, not better,” wrote David Groves, of lower Rockridge South/West. “While the city and the police are doing what they can, we feel it’s time for us as a community to begin exploring a wide range of ideas and taking some action on our own.”

Groves was inspired to start his campaign after Paul Liu, of Lower Rockridge North/West, raised $13,400 from his community. A third campaign for Lower Rockridge, including the Uplands, has also begun. It’s raised $1,066.

On Sept. 23, seven people standing in a Rockridge carpool line were robbed by three masked robbers in broad daylight. The robbers stole wallets, phones, and bags. Two of the criminals were arrested later that day.

Police and city officials chalk up the increase in robberies to an increase of smartphone use, gangs switching from drug dealing to robbing, and less officers on the streets.

VMA expects to patrol at least 500 Oakland homes by November.

“This is a huge testament in the shift to crowdfunding,” Crowdtilt’s Mike Dunboe said. “As communities feel pain from the lack of government services, they’re finding more effective ways to take action. This is just one way citizens are coming together to improve their communities.”